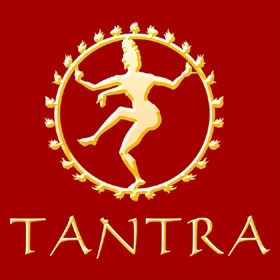 Tantra is not the same as spiritual, or sacred, sex.

Tantra utilizes Kundalini Shakti, which is activated at the first chakra and ascends via the Sushumna (the central channel in the spinal column) towards the Sahasrara, or crown chakra.

Spiritual Sex or Sacred Sex is a new age invention, a Westernized version of tantra that bypasses the first three chakras in the Kundalini system. This popular new age variant of tantra, a tradition thousands of years old, is a watered down interpretation that allows and accepts sex from a mental state, i.e. the “higher” chakras, deliberately avoiding the so-called “lower” chakras. This Western adaptation of tantra is acceptable and popular to the Western mindset with its Christian undertones that maintain that sex is synonymous with guilt and sin. Also, because no preliminary preparations are necessary, as is the case in tantra, this modern formulazation requires little, if any, yogic preconditioning and requires less time and effort.

Tantra, on the other hand, is having the complete acceptance of sex as a part of God. Sexual intercourse is seen as a microsomic replication of the creation of the macrocosm, and acts of seemingly the most animal and primal is revered and considered a declaration of beatitude. Tantrics understand well that raw and refined are one and the same, that a union of the opposite polarities is necessary for spiritual development and understanding. Avoidance and inhibition of sex in any capacity only assures your soul’s estrangement from the blissful union with your beloved and with the Creator.