Who We All Are 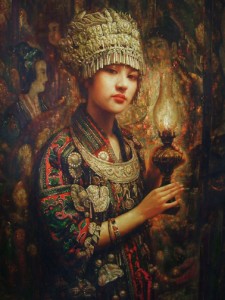 Who We All Are: We practice Spiritual Activism

"These are the Torch-Bearers of Humanity, its Poets, Seers, and Saints, who lead and lift the race out of darkness, towards the Light.  They are the lawgivers and the Saviors, the Light-Bringers, Way-Showers and Truth-Tellers, and without them, Humanity would Lose its way in the Dark."~Plato

Spiritual Activism does not belong to any religion or spiritual practice, nor does it belong exclusively to any group or organization. It is ultimately a way of living, a way of including mindfulness and compassion in everyday acts and expanding these out to include your environment and the people within it.

While the term Spiritual Activism is a relatively new term, is not a new concept. Plato wrote about the idea in The Republic, "These are the Torch-Bearers of Humanity, its Poets, Seers, and Saints, who lead and lift the race out of darkness, towards the Light. They are the lawgivers and the Saviors, the Light-Bringers, Way-Showers and Truth-Tellers, and without them, Humanity would Loose its way in the Dark."

Buddhist traditions refer to this awareness as "right livelihood" or "mindful living": where your actions not only make a contribution to the world but also to your spiritual growth.

We believe Jesus was a spiritual activist. He understood and taught the connection between all and His actions (to Heal, to have Faith, to show Compassion, to give Hope, to practice Kindness, to foster Reconciliation) were often directed against the status quo and towards those scorned or "outside" of the conventions of the society in which he lived – lepers, prostitutes, tax collectors and those of other Faiths. His actions did not strictly reside within the religious teachings of the day but moved beyond based on His spiritual beliefs.

Modern day spiritual activists include Mahatma Gandhi, Martin Luther King Jr., Mother Theresa, and Desmond Tutu. Each of these applied spiritual beliefs and principals towards the advancement of the human condition in different areas of society, and ultimately, of all humanity.

Somewhere along the way, the concept of Spiritual Activism in Western civilization was split into separate practices. Modern Activism is often confrontational and is based on intellectual principles or political ideology. There is a need to "change" a situation, but the "change" is often in the form of a redistribution of power over an issue. There are many examples of violent clashes on social and environmental issues, caused by each side believing they are 100% in the right, and the other side is 100% wrong and trying to force their viewpoint on the other. Modern Spirituality is often seen as strictly a path of personal growth. Individuals often think that they need to withdraw from the world to work on their personal enlightenment. The desires of the self-take precedent over the needs of others. Also, many Humanitarian organizations shy away from spirituality because they do not want to be labeled "religious-based".

Modern Spiritual Activism is about reconnecting the concepts of personal spiritual growth and societal action. It is a mindset that comes from the awakening of our perception of the interconnectedness of all living beings and the understanding that not only do our actions make a contribution to the world but also foster our personal spiritual development.