The word "Egregore" derives from the Greek word egrégoroi, meaning "watchers," which also transliterates as "Grigori." The word appears in the Septuagint translation of the Book of 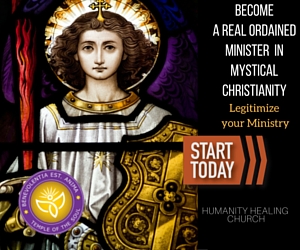 Lamentations, as well as the Book of Jubilees and the Book of Enoch. Even being derived from the word Grigori, which acquired a somewhat negative aspectation over the time, the general concept of Egregore is not evil. Gaetan Delaforge, in Gnosis Magazine in 1987, defines an Egregore as a kind of group mind which is created when people consciously come together for a common purpose.

When a group of people pray and meditate collectively towards an objective, an Egregore of protection and blessing is sent forth, as a circle of Light that shields and safeguards the purpose of the prayers.

Psychologically speaking, an Egregore is that "atmosphere” or "personality" that develops among groups independent of any of its members. It is the feeling or impression you get when walking into a neighborhood that “feels different” from the surrounding area, or when visiting a club or association that has been around for a long time. 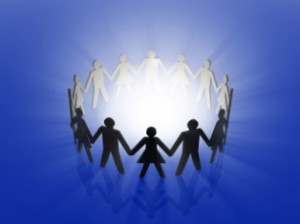 In an occult or magical context, an Egregore is a general imprint that encircles a group entity. It is the summary of the physical, emotional, mental and spiritual energies generated by two or more people vibrating together towards the same goal; being a sub-product of our personal and collective creative process as co-creators of our reality.

An Egregore has developed to the point of attaining an independent existence as an entity itself or as an intentionally created entity, such as a servitor, that has grown in power well beyond its original design. To a non-religious practitioner of magic, an Egregore, and a god, or goddess, would be interchangeable terms. To a religious practitioner, an Egregore would be just below the level of a god or goddess. 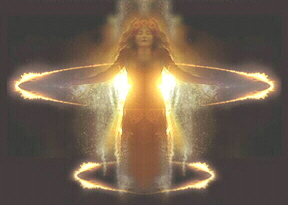 The vast majority of human beings both incarnated and disincarnated are, in one way or form, connected to an Egregore.

An Egregore (or astral Group mind) can be either negative or positive, depending on the level of vibration and the frequency. Most of the connections with negative Egregore come from negative contracts made with physical or astral entities in exchange for power, fame or material goods. Also, some of these contracts or pacts can come from emotional persecutions, which at some point was born of the intent to keep the victim under its dominion to the extent of various earthly and parallel lifetimes. Some of these connections can also be activated through vices, addictions, and unruled sexual activities. When a soul gets committed to these types of obscure energies, there is always the tendency to lose vital energy which can result in the compromise of the monadic essence.

In general, the dominion of the negative Egregore is reaffirmed through artificial implants, which are limiting devices, which can be of a variety of forms, objectives and done with diverse possibilities allowed by the molding of astral matter. They are and functions more or less as thought forms, as holographic projections that may or may not solidify inside of the etheric bodies.

These devices are dangerous for the various levels of consciousness of incarnated and disincarnated beings because they are the means from which negative entities from negative Egregore feed on their vital energies. Progressively, these losses of energy can cause disturbances in the physical, psychological, emotional, mental and spiritual areas. It is sometimes hard to identify these implants because, in many cases, they did not originate in the current lifetime, but in previous ones which can be spontaneously activated if some subjective memory cells are activated during this incarnational period.

The Egregore is maintained through the mental and psychic energies of its creators and, as an autonomous entity, it is formed through the persistence and intensities of the current emotional and mental waves. Weak emotions and feelings tend to create undefined Egregore, with short life spans. The opposite is also true: big circles are created by strong will, emotions, and determination of purpose. There is a good Egregore that are positive and that bring blessings, good energies and protection against negative vibrations. 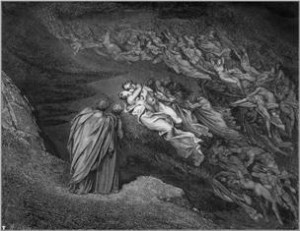 An Egregore can be personal or collective. The Egregore of the Umbra[1] is comprised of souls that were negativated by the bodies of desires; they are adepts of vices, drugs, and all sorts of unnatural sets of behaviors that are not characteristic of the spiritually enhanced human being. They are the ones that vibrate and maintain the negative collective Egregore. A person psychically balanced and with positive thoughts creates a very positive, prosperous and luminous personal Egregore. The same can be said of the opposite behavior. The only way that one can be rid of a negative Egregore is to affiliate with a stronger positive one.

[1] The umbra, Latin for "shadow", is the darkest part of the shadow, where the light source is completely blocked by the occluding body. An observer in the umbra experiences a total eclipse.