Man, the Spiritual Being 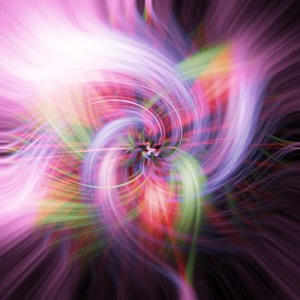 A spiritual being is the one that lives independently of the existence of a physical body: a being able to exist without the physical frame and its self-determined operations.

It is a fact that the Soul is united to the body and requires the cooperation of the organs of the same body to realize itself into individual manifestation through the body’s sensitive processes.  Even with this interdependency of function, the Soul is a pretty self-governing and does not rely exclusively on the body and its intellectual functions to proceed into its path of evolution. The Soul is able to think and to absorb and register experiences even without the official knowledge of the personality and/or of the corporal garment.

“Begin to see yourself as a Soul with a body rather than a body with a Soul.”
~Wayne Dyer

This line of thought tends to infer that the Soul may not totally immerse in the corporal body, but utilizes it for the purpose of experience, but in truth the Soul is our ultimate spiritual vehicle and natural state of Being. Through our Soul, we establish a conscious connection with the Unconscious Cosmos.

It is safe to say that our immortal part safeguards into itself a blueprint of purpose, which enriches progressively though the lifetime’s experiences of some of its struggling extensions, or individualized egos. The drive behind this cyclical reincarnation process is to learn and to experience of multitudes of frequencies, emotions, and to experiment the timelines of manifestation of itself.

In the process of mirroring itself through the multidimensional degrees of manifestation and through the practicing of Free Will, the Soul learns its flaws and also its strengths, which makes it much easier to perceive what is needed in order to perfect itself and continue its cosmic journey.

There is no good or bad in this process of assimilation of experiences: only realization and understanding. The perception of dichotomy of what is good and what is evil is only just a reflection of the plane of dualistic manifestation, and this is obviously not the substrata, or frame of reference, for the Soul’s playground.

The Brain as Interface Between Realms 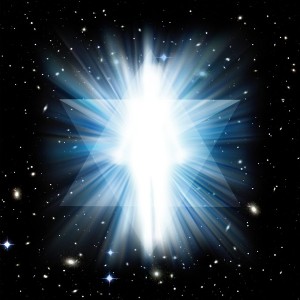 “This is the ultimate end of man, to find the One which is in him; which is his truth, which is his Soul; the key with which he opens the gate of the spiritual life, the heavenly kingdom.”
~Rabindranath Tagore

The simplicity and spirituality which characterize the phenomenon of the Intelligence cannot lead us to believe that the physical material brain is actually the place from where ideals and concepts come from, nor the primary cause of the thought process. Nevertheless, we recognize that the healthy conditions of the physical brain are accountable for the healthy communication of the thought process. The higher intelligence needs a strong vehicle to express itself at its best.

This way, the brain is nothing more than the material instrument of the immaterial Soul to express its ideas, programs and to be the facilitator for the play of our Cosmic/Karmic Dramas. Aristotle observed that we are able to think without organs, because the understanding is not related nor connected to any specific corporal organ.

“The Soul cannot think without a picture.”
Aristotle

In our present state of being, we are not able to think without the auxiliary concept of Imageries. Imagination is actually an etheric faculty, coupled with the vast web of connections inside of our nervous system.  It is only at this point when the actual Intelligence and the thought process can be said to be physically connected to the physical structure. This way we can safely say that a brain lesion or occurrence of insanity cannot harm the intelligence per se, but can greatly damage the way and the conditions used for the same intelligence to express itself properly. In this same note, we can say that the physical brain can function as the interface between the realms of the Soul and the material world.

The Union of the Soul and the Body 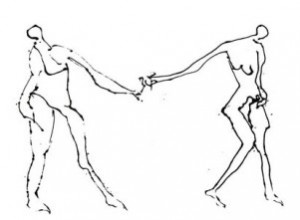 The philosopher Aristotle and Thomas Aquinas, along with the majority of the spiritually transcendent writers, did not perceive the existence of two distinctive principle of life in Man.  They believed that aside of its conscientious and psychological activities, the Soul was also responsible for the physiological functions of the material body. In their understanding, the Soul was the only active principal responsible for all the vital activities pertaining to human existence.

In Truth, the body does not exist without the Soul and has no manifestation without it until the moment of the embrace occurs: the very moment where the alchemical process of integration occurs. From the guidance of the Soul, the body receives the sense of unity, purpose, the breath of life and its programmed experiences: everything that will animate the corporal vehicle and propel it to form a human being.

This way the body only separates itself from the Soul in the advent of death, when it loses all its characters and its specific determinations; and once more reducing itself to a compound of chemical elements. The Soul, in its turn, continues to be real and exist in its own spiritual reality, even in a separated way from the body. Without its previous material garment, the Soul now is prevented to continue the work with its abilities and skills that requires the involvement of physical organs such as sensibility, exterior perception and projective imagination. Yet its cycle of development continues to progress in different dimensional scenarios.

Again, for various philosophers and thinkers such as Aristotle, the body is the material expression of the Spirit, while the Soul is its conceptual format. The merging of both, in their various levels, form what we know to be the true essence of the terrestrial Human.  In this alchemical marriage between these two elements different in frequencies and substance, we say that there is an integration and harmonization of Divine purpose.

There are no actions that pertain to the human scope that can be done without the help of the corporal body; and, in the same way, there is no repercussion of these actions that will not affect directly or indirectly the field of experience of the Soul. In essence, this integration of substances distinct in degree but uniformed by purpose and intent, deflates the importance of the rationalism[1] illuminist saying of Rene Descartes, “I think, therefore I exist”.  We truly believe that Human nature, being physical or transcendent, cannot ever be labeled irresponsibly or to be reduced to a mere physicality of a thought process, because the deep meaning and purpose of   this young cosmic race guards much depth and hope in assisting the expansion of the Universe that cannot be grasped by our current levels of understanding.

“There are more things between heaven and earth then dreamed of in your philosophy.”
~Hamlet Act 1, Scene 5

[1] Rationalism, in the broad sense, is the philosophical outlook that stresses the power of a priori reasoning to grasp substantial truths about the world. It is usually opposed to empiricism -- the view that experience rather than reason is the source of knowledge. Definition by Sandra LaFave West Valley College