The word Theurgy or Telestic Work means “divine work.”  It is derived from the Greek: “theoi” means God and “ergon” means work. 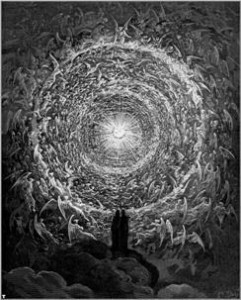 It is not thought that links the theurgist to the gods; else what should hinder the theoretical philosopher from enjoying theurgic union with them? The case is not so. The theurgic union is attained only by the perfective operation of unspeakable acts correctly performed, acts which are beyond all understanding, and by the power of the unutterable symbols intelligible only to the gods.”
~Iamblichus, On the Mysteries of the Egyptians

In human terms, Theurgy is the art of bringing down to the plane of physical manifestation the Divine and the spiritual influx of energies, and to establish the contact with the multiple personifications of the Astral Light of our collective consciousness.  These personifications, or beings, are Angelical entities and other celestial Beings from a diversity of lines of evolution known as Sons of God.

Theurgy has been the very essence of the ritualistic teachings of the various schools of Mystery throughout history; from the schools of Samothrace, of Eleusis, of Zoroaster, of Mithra, and of Orpheus. In Egypt, the cradle of them all, priests were initiated in this sacred art.  Many of the outstanding men of their day, such as Pythagoras, Plato, Democritus, Eudoxus, Archimedes, Chrysippos, Euripides, Proklos, Thales and many others knew and understood the art of Theurgy. 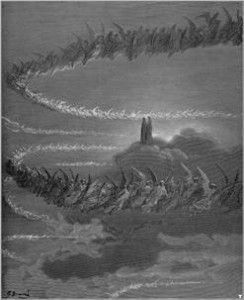 The original registries about the rites of Theurgy were gradually destroyed through time by the repressive power of the Church, but some schools of knowledge and wisdom were able to preserve this wealth of information, which allows us nowadays to have an idea of how these ceremonies were performed in antiquity.

The objective of the practice of Theurgy is to transform and prepare the individual be a conduit of the astral-etheric currents from our astral bodies and connect them to those that need to receive these superior energies. From all the rituals of white magic, Theurgy is the only one that brings the possibility of manifestation of the higher vibrations of the Logos.  Because of this, we therefore just recommend this practice to those who are genuinely interested in helping and serving others, as helpers and builders of the heavenly kingdom on earth.

“This body is the residence of God. The food you take is the offering you make to him. Your act of bathing is the ceremonial bathing of Him who is in You. The ground you walk on is His domain. The joy you gain is His gift. The grief you experience is His lesson. Remember Him ever, in sun and rain, day and night, asleep and awake.”
~Sri Sathya Sai Baba

Many seem to allude that the Angelic beings accessed by the Theological rituals are not necessarily completely evolved individualities, but “incarnations” or manifestations of Divine aspects, with super-human qualities and virtues.  These are merged with fundamental archetypes presented in the primary mechanics and dynamics of Souls and the organization and functioning of the Universe with its laws. This is the cornerstone from where the Stellar Codes™ draw their teachings. 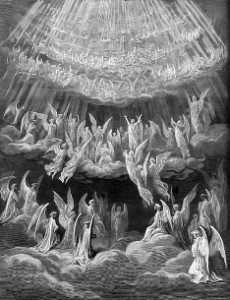 The performance of Theurgy demands commitment, preparation, and focused Intention. The rituals of Theurgy are accomplished through ritualistic prayers, which result in the "focalizing" of the mind with symbols or archetypes that represent thoughts, qualities, virtues, and potencies; the diverse graduation of the layers of consciousness of creation. In this sense, Theurgy is considered the pursuit of perfection, using the white magic or Divine magic to create spheres of contact with the Higher Planes.

Proclus Lycaeus, a neo-platonic philosopher, tells us that "The Perfective Rite leads the way as the muesis or mystic initiation, and after that is the epopteia or beholding." The Beholding is a later stage of the mysteries, where the initiate can bring down and withstand within itself “The Holy Light of the Holy Night”.

And I will with the women and the holy maidens go
Where they keep the nightly vigil, an auspicious light to show.
~ Aristophanes, The Frogs