The most accepted definition of Demiurge, or Demiurgus, is a powerful creative force or personality: one that relays its characteristics as that of an artisan. In some schools of wisdom, this concept refers to the great artisans or creators of the “inferior” planes of existence, such as our material world.

“Out of the pleroma was individualized the Demiurgus, the immortal mortal, to whom we are responsible for our physical existence and the suffering we must go through in connection with it” ~Manly P. Hall, Secret Teachings of All Ages

The common perception that comes from the concept of Demiurge is that of “God the Father, Creator of Heaven and Earth”, but this is both a simplistic and erroneous way to view it. Neither is this view subscribed to by any ancient school of knowledge. There are many aspects that pertain to this assumption, and not really proper to the discussion here, but we will address these other points of view and interpretations of the concept of demiurge in future articles. 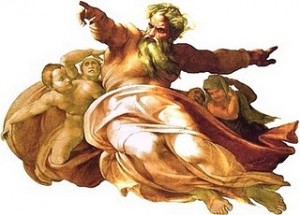 Demiurge was a word applied by Plato to designate the "God” creator" of the world and the part of this manifested Universe. Demiurges or creators are divine sparks that detached from the Great Flame of All.

According to the Gnostics, the Demiurge is considered the chief of the Archons, but nevertheless having an imperfect and limited wisdom.

For the neo-platonic, the Demiurge is the Logos, or the first manifestation of the “Absolute”.

In a Jewish interpretation, He would be Jehovah.

For the Christians, according to the Testament of John, He would be The Verb.

The word “demiurge” is derived from the Latin word demiurgus, which, in its turn, came about from the Greek word d?miourgós, which literally means: “the one that creates the people”.

It was Plato, through his dialogue work on Timaeus, a stimulating essay about Cosmology wrote around 360 B.C. That cites the Demiurge as an active agent, not being the creator of the ultimate reality, but acts as an artificer, or craftsperson, that models the pre-existent chaotic matter according to the perfect and eternal molds.

“It was affirmed by the Gnostic Christians that the redemption of humanity was assured through the descent of Nous (Universal Mind), who was a great spiritual being superior to the Demiurgus and who, entering into the constitution of man, conferred conscious immortality upon the Demiurgic fabrications.”
~ Ibid

Emptiness and the Shore Beyond – Part II

The Gnostics implied that this entity is actually the God of the Old Testament, because in there, He displays the typical arrogance of those that believe themselves to be omnipotent and supreme. As the “creator” of that reality, He believed that all the people should worship and pay reverence only to him:

“I am the LORD thy God, which have brought thee out of the land of Egypt, out of the house of bondage.
Thou shalt have no other gods before me.”
~Exodus 20:1 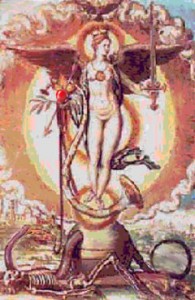 In the Gnostic creation myth, the Demiurge was generated by Eon Sophia, after its fall into the material world in order to create. As he was been conceived, he also generated the material world with the objective to imprison in the matter, the divine particles originated by his Mother, Sophia.

Expressing her deep wish to release the souls that have been imprisoned in the material world, Sophia rebels against the Demiurge; the Real almighty God sends forth His beloved son, the Eon Christos or the Christ, which descends from the Heavens to teach the real “gnosis” or Wisdom of Spirit. This is done in order to give to these souls the gift of consciousness and the remembrance of their Divine origin, facilitating their “liberation “and salvation” from the world of slavery and servitude crafted by the Demiurge.

Knowing about the “divine” plane, the Demiurge decides to create a series of illusions and material and ephemeral pleasures; and to play them in human lives in order to prevent the souls to awaken to their Divine parcel and heritage. This way, the souls are attached indefinitely to the wheel of reincarnation, always in fear and powerlessness. The Demiurge is the regent only of the Sphere of Life, where he is the absolute.

Ancient Wisdom schools recognize the incompatibility between the “theological” paradigms, which speaks of a Sublime Universe, orchestrated and ordained but imperfect; and the idea that this imperfection was created by an absolute unlimited Mind, or Logos: an infinite and perfected God.