The Secret of Sanctifying Grace

“Each petal in the universe whispers in our ears that an unknown power is at work. If we align ourselves with this divine energy, offer our work to Him and move on in life, we will never have any worries and anxieties in our life.” 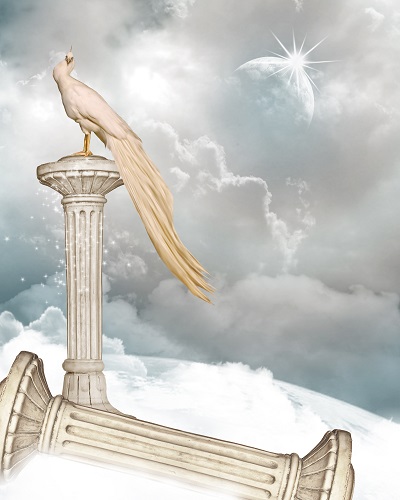 In biblical language, Grace is the condescension or benevolence ( from the Greek charis) shown by God toward the human race. The public definition found in a dictionary for the word grace is: "The undeserved favor that God gives to man." Although this definition is somewhat correct, it is incomplete. Grace is an attribute of God, a component of His Divine character, demonstrated by Him through kindness, freely to ordinary human beings, not because they work to merit it.

Grace, therefore, is an entirely gratuitous gift on which man has absolutely no claim. The grace of God can be defined as "that intrinsic quality of being or essence of God by which He, in His benevolence, willingness, and attitudes, is spontaneously favorable". God grants an unmerited favor, love, and mercy to those He chooses among all his sentient creatures. Grace is a deeply rooted theological concept in Judaism and Christianity, defined as a free and supernatural gift given by God to grant to humanity all the goods necessary for their existence and their Self-Realization.

This gift is motivated solely by the mercy and love of God to humanity, so moved by His own initiative, though it is in response to a request directed to Him. And for this reason, Grace is unmerited favor by man, but the fruit of divine mercy and love. The Interpretations can vary, depending on the different Christian theological denominations.

We find those who argue that Grace is irresistible and constant; others that Grace is only for some selected and fully appointed by God’s will. And there are still those who believe that Grace is universal (i.e., predestined for all humanity), but can be refused freely by any Man through the use of his free will.

“Grace is not part of consciousness; it is the amount of light in our souls, not knowledge nor reason.” ~Pope Francis

The gifts of Divine Grace are fundamentally supernatural. They surpass the being, powers, and claims of created nature; by Tradition, they are namely Sanctifying Grace, the Infused Virtues, the Gifts of the Holy Spirit, and Habitual Grace.

Habitual Grace or Sanctifying Grace (also considered the first Grace) is the origin, the beginning and responsible for justification, conversion and sanctification of men and therefore "has been merited by the Passion of Christ and was given in Baptism." In other words, it is the principle and structure of the supernatural life, that makes us partakers of the divine nature, temples of the Holy Spirit, as members of Christ Consciousness, and capable of meriting supernaturally and penetrate in the intimacy of God Himself.

Along with this Grace is granted to man the capacity to operate supernaturally, namely: the infused or supernatural virtues and the gifts of the Holy Spirit. The exercise, driven by actual Graces, is one of the principal means of sanctification ( Sanctifying Grace). Advancement in this practice leads to the Fruits of the Holy Spirit and the Beatitudes. It is through the “circumstantial gifts" especially attributed to the Holy Spirit or "divine interventions (Divine Providence) in human life,"  that man can continue to host and collaborate with Grace and pursue the path of sanctification (Ascension).

Actual Grace is mystical support coming from the Divinity that enables us to experience different states of consciousness allowing us to perform acts that are beyond our natural abilities.

The Souls in a state of relative separation from their spirits need the help of actual grace to gain access to sanctifying grace. Actual grace can be "efficient “and once it is welcomed, produces its effect, adequately. But when refused or not used, is not to take effect. One example would be Healing Grace because Grace heals the will by giving strength to desire and accept the healing .

Sacramental Graces: They are gifts that the adept receives through the seven ecclesial sacraments, as they are designed to facilitate the connection with the Christ consciousness (the Body of Christ).

Unique Gifts of the Holy Spirit or charisms are granted especially by the Holy Spirit to empower the individual to be at service of others, examples of which include the Gift of Understanding, of Counsel and Wisdom and the mysterious "State of Grace”.

The State of Grace

By definition, State of Grace is a state of Consciousness where the individual is permanently connected with its Eternal Flame, but still in Human form. The State of Grace does not mean that one will not suffer from the ebbs of duality, but that his/her connection with the Divine was created, and it is stable.