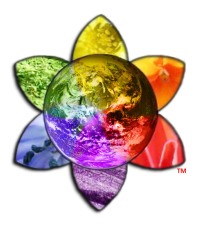 The Structure of Humanity Healing

There is an old axiom that says that to solve a problem; you must first define the problem. “Healing the Heart of Humanity One Soul at a Time” is a very broad and far-reaching mandate because each individual’s needs are different. We decided the best way to approach “Healing the Heart of Humanity” on large scale while still focusing on “One Soul at a Time” was to organize our focus into different facets of the problem and bring individuals in those areas of expertise together to make a difference. Just as the Flower of Life is built from twelve individual arcs to form the sacred geometry of the whole, the community of Humanity Healing is built around Twelve Houses that we believe define the areas where individuals can find their own Path to Healing and through them, Humanity as a whole.

The Significance of the Number 12

The number 12 has been significant in many cultures, religions and traditions throughout history.

"On the either side of the river stood a Tree of Life, which yields 12 crops of fruit, one for each month of the year; the leaves of the Trees serve for the healing of the nations."
~ Revelation 22,2

The number 12 is a sacred number because by nature it spells the manifestation of the Trinity in all the four corners of the Horizon. It also represents the exaltation of matter by the presence of the Spirit.

In ancient Sumer, the Epic of Gilgamesh summarizes a total of 12 songs which by their terms represents the Zodiac.

In ancient Egypt, the Emerald Tablets of the god Thoth contained 12 essential propositions.

In Sanskrit; the Sun has 12 names that should be recited as mantras and the Heart Chakra is represented by the Anahata Lotus, which has 12 petals.

In Jewish Tradition, the 12 sons of Jacob found the 12 Tribes of Israel, which are the Pillars of their society.

In Esoteric Astrology, there are 12 facets, or Strands, to the Stellar Code.

In the “Nuctemeron: The Twelve Hours of Apollonius of Tyana”, the 12 "Hours" are symbolic of the 12 constellations, the 12 signs of the Zodiac and the 12 labors of Hercules. Those 12 labors symbolize the 12 stages through which the ones that intend to reach enlightenment should face, in order to "recreate" themselves in reference to the Unity, which is represented by the Sun in the center.

Jesus, the Christ, chose 12 disciples. The number 12 was so important for Jesus’ Followers, probably because it recalled the 12 Tribes from which all the Israelites were descended and implied that the messianic teachings of Jesus were to be directed first to the Whole of Israel. The Urgency was such that when Judas disappeared, he was almost immediately substituted by Matthias (Acts of the Apostles 1,15-26).

According to the sacred monastic rule of the Benedictines (the Order of Saint Benedict), there are 12 degrees of Humanity.

In other Traditions, the number 12 also is the numerological symbol of the Sun, the "Cosmic" Man.

The number twelve is also found in the architecture structures of many temples, cities and sacred buildings. Persia, for instance, had 12 historic capitals.

We can also see this expression in various elements of our daily living: our Calendar is divided in twelve months; our days are divided in two sets of 12 hours (in the ancient times the hours were divided into 12 nocturnal hours and 12 daily hours).