The Metaphysical Functionality of the Kidneys-Part  I

The Kidneys are a pair of organs whose shape looks very similar to beans. They are located in the posterior part of the abdomen, and they are the motor force behind the urinary tract system.  They perform the function of highly specialized filters, selectively purifying the blood and eliminating impurities.

“For you created my inmost being;
you knit me together in my mother’s womb.
I praise you because I am fearfully and wonderfully made;
your works are wonderful,
I know that full well.”
~ Psalm 139:13-14

By the end of the cleaning process, the Kidneys will have filtered all the fluids that belong to the human body, which represents 60 to 75% of the weight of an adult body.

It is important to remember that there is a spirited and symbolic relationship between all the liquids, or fluids, and the emotional aspect of our lives. In truth, all the situations that lead us to cry are ultimately processed by the action process of the Kidneys. Metaphysically, the process of filtration alludes to the ability to exercise discernment; the selection of what can be used and what should be sifted out to be eliminated from the system. All the substances that enter the bloodstream have to pass through a “selection” process.  This is also a metabolic process that is intimately interconnected with the internal capability to detach from and eliminate disagreeable facts and situations of life; such as past behaviors and thought patterns that do not align with the demands and needs of the present time.

The Kidneys, always used in the plural (kelayot), are mentioned more than 30 times in the Bible. In the Pentateuch, the Kidneys are cited 11 times in the detailed instructions given for the sacrificial offering of animals at the altar. Whereas those instructions were for purification ceremonies at the Temple, sacrificial offerings were made subsequently in seeking Divine intervention for the relief of medical problems. In the books of the Bible that follow the Pentateuch, mostly in Jeremiah and Psalms, the human Kidneys are cited figuratively as the site of temperament, emotions, prudence, vigor, and wisdom. 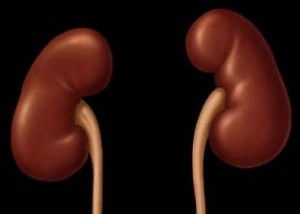 The Kidneys are the fundamental cornerstones for the energies of the Yang and Yin. They are the organs that allow us to anchor the energies of  Xing (Zhi) or Jing[2], the congenital essence inherited  from our parents, which determine our constitution, our strength, and vitality, and are responsible for our growth and development, and how we process aging.

Zhi is the spiritual energy of the Kidneys, is the hereditary memory or imprint of your past life and the ancestral energy of human beings, which records who we are and where we come from. It is the reservoir of life energy. The spiritual name of the Kidneys, Yuying, literally meaning “rear a baby”, emphasizes that the kidney organ system is related to the origin of our life.

The Kidneys have the primordial function to control the distribution and circulation of fluids along with the bladder. Some problems can arise from the malfunction of the Kidneys such as constipation, dark urine, nocturnal perspirations, dry mouth, edema, and diarrhea.  It can also be responsible for other disturbances with teeth, bones, asthma, ear pains and disorders of the nervous system. 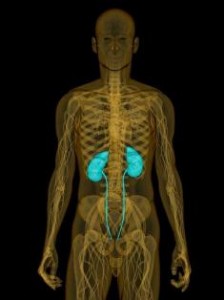 They are the organ in charge of the power that arises from the natural genetic abilities, and capabilities.  In short, we can say that our Kidneys can be the activators of our genetic potentialities.

On the other hand, the weakness of this organ can be manifested by individuals that are controlled by their fears, which can damage their motivation and their will; slowing their thought process, and generating the tendency of getting stuck in various life situational challenges.

Reiki as an Alchemical Transformational Tool

Metaphysically the Kidneys can crystallize the criticism disappointed and failures. They are intimately related to fear, low self-esteem, insecurities, and apathy for the present moment, isolation and indifference.

It is believed that just one of the Kidneys do the heavy work for the purification of the body, while the other one concentrates its functionality on keeping the lightness of the spiritual life and the sustenance of the other bodies.

The Kidneys sometimes get involved with the functions related to the lungs through the metabolism of the water, through respiration. They can also be connected to the bones, teeth, ears and hair on the head. When out of balance, they can cause the collapse of the entire urinary tract system and also the lymphatic system; and can cause lack of memory, temporary hearing loss, accelerating graying of the hair, and osteoporosis.

[1] Bible Dictionary - REINS - Or KIDNEYS. The Hebrews often make the reins the seat of the affections, and ascribe to them knowledge, joy, pain, pleasure; hence in Scripture, it is said that God searches the heart and tries the reins. [2] Jing is the Chinese word for "essence", specifically kidney essence. Along with qì and shén, it is considered one of the Three Treasures Sanbao of Traditional Chinese Medicine or TCM. Jing is stored in the kidneys and is the densest physical matter within the body (as opposed to shén which is the most volatile). It is said to be the material basis for the physical body and is yin in nature, which means it nourishes, fuels, and cools the body. As such it is an important concept in the internal martial arts. Jing is also believed by some to be the carrier of our heritage (similar to DNA). Production of semen, in the man, and menstrual blood (or pregnancy), in the woman, are believed to place the biggest strains on Jing. One is said to be born with a set amount of jing (pre-natal Jing, also sometimes called yuan qi) and also can acquire Jing from food and various forms of stimulation (exercise, study, meditation.) Theoretically, Jing is consumed continuously in life; from everyday stress, illness, substance abuse, sexual intemperance, etc. Prenatal Jing by definition cannot be renewed, and it is said it is completely consumed upon dying.
Tags
Jing kelayot Kidneys Occult Anatomy purification reins The Metaphysical Functionality of the Kidneys Xing Yang Yin Yuying
4 Comments
hhteam October 10, 2011
Facebook
Twitter
Instagram
Pinterest
Youtube

Dysfunctions of the Extra-physical Bodies I