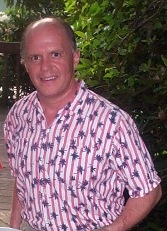 Christopher Buck is the co-founder of Humanity Healing Network and serves as President of the Humanity Healing International, a non-profit corporation based in Virginia, USA.  Christopher’s professional background is mechanical engineering with an emphasis on machine design in which he holds multiple patents.  His management background includes large-scale project management, Engineering Manager of a department, Plant Manager of a manufacturing company and as President of his own company, Buck Industries.

Born in Nurnberg, Germany to a US military family, Christopher’s childhood was filled with family moves to new places.  It was from this background that his passion for travel and exposure to new experiences and cultures was born.  He loves visiting areas of historical significance and is particularly fond of ancient civilizations.  His favorite adventure to date was, when he decided his two children were old enough, he took them to the interior of the Yucatan Peninsula of Mexico for an exploration of Mayan sites and the local culture.

Christopher was raised with selfless service to others as a priority, and has continued this as an adult, whether it was serving at a local soup kitchen for the homeless or as Boy Scout leader for 11 years.  “Being awarded the rank of Eagle Scout was a proud moment, but it doesn’t hold a candle to the pride you feel seeing your son receive his”.  He is a strong proponent of the concept of Spiritual Activism and teaches to reach out through the connection that exists between each of us to engender Compassion and give of yourself.  “On the surface, there are a lot of differences between an educated engineer living in the United States and an uneducated plantation worker in Bangladesh; but the similarities are much more important if you open yourself to them.  We both need food and shelter.  We both have hopes, dreams and a desire to provide a good home and future for our children.  We both possess dignity and deserve respect and understanding.  We share a common humanity.  We both possess a soul that resonates with its own unique beauty.  Our differences are superficial.  Our similarities are manifest.  We are the same.  There IS a connection.”

Christopher is a Reiki practitioner of the Jin Kei Do lineage.  With his engineering background, Christopher was very skeptical when first introduced to energy therapy, but when he witnessed the movement of a pendulum over a chakra (despite his best attempts to “not” have it move), his understanding of the universe “shifted”.  Studying the science behind energy therapy became a passion and he explored many methods before finding his Path in Reiki Jin Kei Do.  While no longer feeling the need to “define” Reiki, he still enjoys studying the science involved and has helped edit a scientific paper on the effects of Reiki on cancer cells.

Christopher was working on creating a network of alternative healing therapists to do pro bono work at a local cancer treatment center and with hospice care when he met Liane Legey, and together created Humanity Healing based on the concept of a multifaceted approach to healing by combining alternative healing modalities with spiritual growth and counseling.  Soon they were working with and connecting with people from around the world.  Christopher has never practiced Reiki as a profession, choosing instead to view it as a gift to share with those in need.  He feels both humbled and truly blessed to be working with the other healers in the Humanity Healing Network.