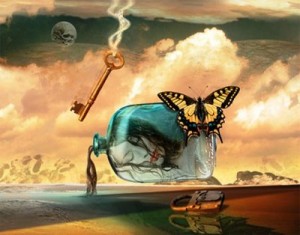 What is Lucid Dreaming?

Lucid Dreaming could be defined as the art of being consciously aware while you are interacting inside of dreamscape dimension.

Lucid Dream is a term coined by Mr. Frederik Van Eeden.  The word lucid is used to express the qualities of mental clarity and awareness. To have Lucid Dreams is to be conscious and responsive to the broad range of experiences that can be manifested in the dreamscape-Dreamtime dimension. The Seeker must be able to perceive these experiences and be completely conscious that they are not happening in the physical reality, but are manifestations of symbols and realities of another intimate dimension.

Four facts about Lucid Dreaming you were not aware. 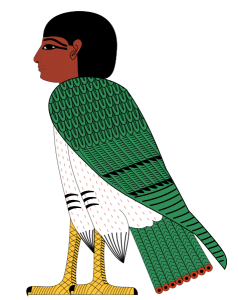 The Egyptians were the first to keep records on lucid dreaming.
Some historians believe that BA, the Egyptian representative to the soul, was the part of the “self” that existed in “Neheh ”[1] time, that was present in lucid dreams and astral projections.
Ba is often shown as a bird with a human head floating above the human body. Robert Waggoner, the author of Lucid Dreaming: Gateway to the Inner Self, says that Ba can be the first historical record of the "traveling human"  consciousness, which leaves the body but retains the characteristics of the body and the simple mind, that is. We are the same when we are in a lucid dream.

Lucid dreams can be seen as another state of consciousness.

According to the author of the book Consciousness: A Very Short Introduction, Susan Blackmore, lucid dreams can be a distinct state of consciousness of those who already know, and some scientists even believe that we can identify it that way. It equals the state 'lucid dreaming' the experiences of consciousness change with some drugs such as marijuana and LSD, sleep paralysis, meditation and astral projection experiences.

One in five people has at least one lucid dream per month.

A 1988 study found that 20% of people claim to have lucid dreams every month, while another 50% have said he had a dream so at least once. The study also showed that lucidity in dreams is even more prevalent in children. Children have more nightmares and are more vulnerable to them, and nightmares often awaken the part of the brain responsible for lucidity in the dream.

Some foods can increase your chances of having lucid dreams.

A 2006 study found that participants who took daily 250 mg of vitamin B6, have said more vivid, exciting dreams, more vivid and more outlandish stories. The problem is that the recommended daily amount for vitamin B6 WHICH is 100mg. What happens if you take too much vitamin B6?
Scientific reports give us to account for Individuals who took 500mg to 1000mg per day for months and had sensory neuropathy, which is numbness and loss of feeling in the end. That is, it is not a good idea.
But you can ensure that your daily intake of vitamin B6 is within the recommended, and this will already help: you find in foods such as potatoes, bananas, bread and brown rice, garlic, avocado, egg yolk, lemon, milk, and oats, for example.

Lucid dreams open the door for the possibility of a deeper understanding of our psyche and our base of reference.  It is also an enlightened way to experience our fears to control and overcome them. Through our lucid dreams, we can have a direct contact with our shadow aspects to exorcise and heal them.

It is an invitation to interact creatively with the limiting aspects of ourselves; both situations and emotions, and can be very useful as an auxiliary practice to deal with the daily challenges in our lives.

[1] Neneh, according to Egyptian lore, is a concept of time where all souls come to spiritual maturity