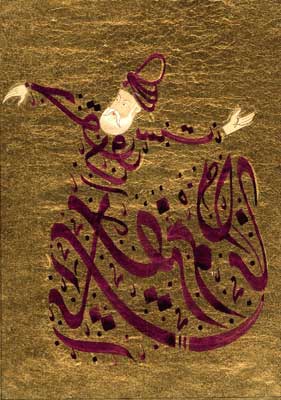 Sufism has existed since the earliest recorded times in the history of humanity, even though its roots are unknown.  It could have originated from various Traditions of old Persia, Egypt, Greece, or many other civilizations of the ancient world. Spiritually, we can say that the Divine Mind sent many prophets and guides to open the paths of humanity through the darkness.  It is said that Sufism is the “Path of the Prophets.”  Sufism is known to be a school of self-knowledge, a system of higher education for the soul compiled by disciplines that facilitates the unveiling of the infinite wisdom inside of each human being. Sufism is eminently a mystic and contemplative vein geared to active contact with the Divine.

Why to think thus O men of piety
I have returned to sobriety
I am neither a Moslem nor a Hindu
I am not Christian, Zoroastrian, nor Jew

The first Sufis appeared after the death of the prophet Muhammad. They were individuals who had retired to the desert to preserve their knowledge and to give continuity to their higher mystical vision and philosophy. It is said that Muhammad had supposedly entrusted to them the esoteric and mystical teachings of the spiritual doctrine of the Islam.

To practice Sufism is to walk on the path of the Divine, under the guided orientation of a Shaykh, a spiritual master.  It is a profound individual experience for the initiate in the Tasawwuf; a deep desire to be connected with the Source of Creation, and the pure will to unveil its mysteries, and the intense desire to reach the source of truth, and detach from the world of illusion.

The tools of interpretation of the external world of phenomena are very diverse according to the Sufi vision:  Time does not count, space and frontiers disappear, there is no limitations or negation, the Absolute Unity becomes the whole.

The word Sufi comes from Sufi, which means purity, cleanness, purification. When an individual chooses a life with no “choosing”, it gives birth to a natural purity, almost in a spiritual sense. For a Sufi, God, or Divine Mind, is more than a distant concept, it is a tangible reality. This reality is not just in heavens, it is present here and now, God being just a name for the totality of existence and plethora of manifestations. 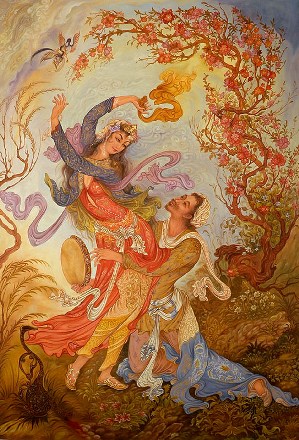 My place is the no-place
My image is without face
Neither of body nor the soul
I am of the Divine Whole.

The Sufi practitioners primed to teach the internal and intimate hermetic path with the Divine, through a direct and active relationship.  This connective path is realized through techniques and practices such as dance, music, chanting, and poetry. In Sufism, the heart is the center of the spiritual being, not a mere an emotional aspect of the being. The Sufi have a special word for the higher contact and knowledge that is passed from one soul to another through the wisdom of the Sufis; it is called Silsila. Silsila is the actual transference of love from one heart to another.

Sufism has been recognized as representative of the practices and mystical knowledge in the pursuit of the development of consciousness and its infinite possibilities leading to the rescue of the relationship between Mankind and the Divine. The main character is universal, synthesizing elements of various doctrines, schools of knowledge and ageless wisdom gearing to a perfected dimension with the Divine.

The Sufi movement was responsible for introducing into Islamism a higher cultural degree that directly influenced the entire Western civilization during Middle Ages. Their impact is present in Judaism, Christianity and other esoteric schools of yesterday. We can perceive their inspiration through philosophy, translation of texts, the teaching of medicine, arts and science, astronomy and mathematics under the Moorish influence.

The Awaken Human Being

The breeze at dawn has secrets to tell you.
Don't go back to sleep.

You must ask for what you want.
Don't go back to sleep.

People are going back and forth across the doorsill
where the two worlds touch.

The door is round and open.
Don't go back to sleep.

Sufism does not regard individual humans as being naturally endowed with the gifts and qualifications that many profess to have. They consider humankind to be in a state of sleep. To awaken the consciousness of man, Sufism suggests a diversity of tools and methods. They believe that there are guiding principles that allow an individual to make the correct choices, at the right time, at the proper place, as long as the process of awakening does not go against the needs, dispositions and the exterior reality of the individual.