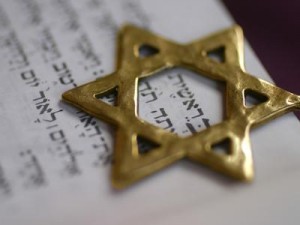 According to old Jewish tradition, there are remedies that can be used by people when they are ill.  Some of these medicines are exclusively dedicated to cure portions of our physical bodies, while others are dedicated to cure spiritual maladies. The Segulot is one of these “Spiritual Remedies”.

Most individuals have had the chance to experience the power of the spoken word, especially when they it is charged with emotions and intent. To channel the power of our words to perform goodness and provide healing brings down many heavenly blessings, allowing us to manifest intentions more effortlessly,  The Segulot is more than a mantra or a spoken prayer, it is a symbol, a spiritual medicine, that acts as a mystic tool of spirit.  They can be represented by sigils, or seals, that are the expression and exemplification of forces and realities that are not necessarily translatable in human language. A segulah is an action that is reputed to lead to a change in one’s fortunes.

The term sigil derives from the Latin sigillum, meaning "seal", though it may also be related to the Hebrew segula'h meaning "word, action, or item of spiritual effect". A sigil may have an abstract, pictorial or semi-abstract form. The current use of the term is derived from Renaissance magic, which was in turn inspired by the magical traditions of antiquity. Sigils are commonly found in Jewish mysticism and Kabbalistic magic, being a special focus of Sefer Raziel HaMalakh and other medieval Jewish mystical sources.

Basically Seguloys exist because, as a rule of thumb, humans cannot completely understand the meaning of the interactions between the material and the spiritual world. They are symbols, sigils or magic formulas that allow us to reach certain types of beneficial vibrations that open the internal doors of healing, prosperity and consciousness.  They also can function as talisman or an amulet.

The word segulah might be translated as a spiritual remedy or an auspicious tradition. In the Bible, however, it is used in the phrase Am Segulah, a treasured nation (Exodus 19:5; Deuteronomy 7:6, 14:2, 26:18), and refers to the special relationship God has with the Jewish people. Nevertheless, we should reemphasize that the most important purpose of the segulah is to facilitate the individual to draw closer to the Divine and the building a relationship and a constant flow of energy from the godhead, from the highest spheres of the Cosmos to the center of human hearts, and not just the changing one’s situation. 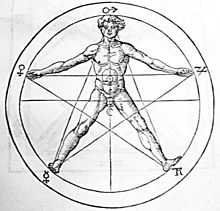 In traditional Kabbalah, there is a secondary level of spiritual healing using the power of the Segulots. According to this ancient system of wisdom, curing by the use of  amulets was a reputable set of practices, but this system became corrupted through the passing down of the ages and started to become mixed up with diverse superstitious practices.

The healing element would work upon the Ruach, or spirit, through the power of persuasion and suggestion. The power of suggestion relates itself inside of the mystic Kabbalah and inside of the Chassidut[1] as the “emotional powers of the soul”.  A Master of Segulot would orchestrate the spiritual healing by addressing the spirit of the person directly, generating what we would classify as a spiritual event.  His work is related to the conscious emotions from the soul/spirit.

The ideas of healing come from the understanding that such emotional powers can be affected by and awaken certain special energy connectors.  Once one starts to work constructively upon these centers, the Ruach can gather to itself enough power to heal itself from the upper part of the physical body and spreading throughout all the system.

All the methods of healing that profess as a basic concept and method the direct transmission of energy from the healer to the healee belong to the category of Segulot. The cognitive base of this methodology and technique are mentioned inside of the mystic Kabbalah as an intellectual power of association.  In other words, the very real power of Imagination.

The use of symbols for healing, magical or cultic purposes has been widespread since at least the Neolithic Era. These include the yantra from Hindu tantra, historical runic magic among the Germanic peoples, as two examples from many different other manifestations.