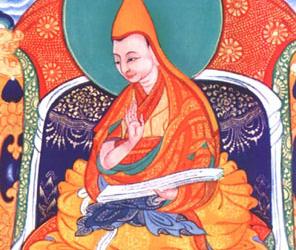 The Wisdom of the Lineage

Tulkism is an aspect of the Universal truth that emphasizes the continuity of consciousness and the manifestation of the Creative Spirit. Inside of the tradition, the succession of the “living Buddhas”, the Dalai Lama, the Panchen Lama[1], the Tra chi lung bo Lamas and all the linage of Great Spirits; lead us to the mystical city of Shambahla and the Masters of the White Fraternity.

In one way we can say that this School of Wisdom is almost identical to the philosophy stated in the Buddhist works called “The Great Path”.  In this work, ten different “magical creations” are numbered as possible to be realized by the Bodhisattvas; a Buddha is said to be the guardian of one main race, and the Bodhisattva, the guardian of seven sub-races.

The tulku of Mystic personalities coexist with their Creator.  This is a metaphysical axiom, and even the Sufi traditional wisdom teaches us that “the universes, the beings, things, are mere projections of God”. 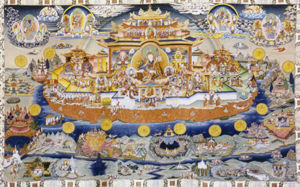 In the Western tradition, there are numberless phenomena that can find reasonable explanation inside of the complex doctrine of Tulkism. There is the case of Apollonius of Tyana or  Saint Antony of Padua, and many other saints that could “project” themselves, thus materializing in various distant places.  This is an occurrence called bi-location and these saints are said to retain the spiritual gift of ubiquity.  Ubiquity is the state or capacity of being everywhere, especially at the same time; or omnipresence. In Theology it can be understood as the omnipresence of God or Christ.

The diversity of Tulkism forms come to light through an understanding of various esoteric concepts. For most logical western minds, it may be difficult to comprehend this phenomenon: each human being is a medium, a bridge between the consciousness of All That Is and the physical realm.

The successor of the line of tulkus is called Ku-Kang-Ma. It is not a vital condition that they belong to any spiritual or religious order.  In fact, many of them belong to the spheres of arts, science and even politics. They are deeply connected with transcendental social movements.

The great wave of awakening of the planetary consciousness will inevitably be the conductor which will lead all Human beings to a place where we are all to become Tulkus of the sublime cosmic consciousness, when we all reach the state of sovereignty and independent of exterior forces or psychic interference of non-incarnated beings.

Until the Divine Consciousness assumes the command of our souls as directors, facilitating the final integration with Spirit, we should work towards the liberation of practices that lead us to the loss of personal control, leaving us in dependency of energies and phenomena alienated from our will.

We all may be some sort of vertical tulku, or even an honest simple horizontal one, that is already working inside of our families, communities, or workplace, expanding consciousness, spreading dignity, inspiring compassion. The fact is, for one individual to function as a Tulku, they must be in syntony with their Divine Essence 24/7, acting as its Spiritual transmitter, passing the message of superior manifested consciousness to the physical realm.

We shall make an interjection here.  To be a tulku has nothing to do with being a Channel or a Medium, because most mediums are just receivers of psychic waves, and hold no control over the influx of energies.  The gift of mediumship is a psychic state of spiritual consciousness, directed mainly to balance Karmic debt.

On the other hand, an initiate in the mysteries of the ancient schools of wisdom are able to act independently of these waves. This is a requirement in order to become a Tulku.

Tulkism has its origins inside of the big mysteries of Avataric manifestations, and it is intimately connected with the Planetary and Cosmic Avatars, including their columns, hierarchies and Celestial Company.

It is important for you to work on yourself, sharpening your spiritual skills, amplifying your “soul” technology, quieting your mind and wait for the message, because one day you will hear your name be called.

In summary, a Tulku is a projection, emanation, or the transitory and impermanent shadow in this world of Beings that belong to elevated lines of evolution or superior spiritual paths. In synthesis, everything in nature is a tulku of some deistic principal; being them plants, animals, humans or other earthy beings.