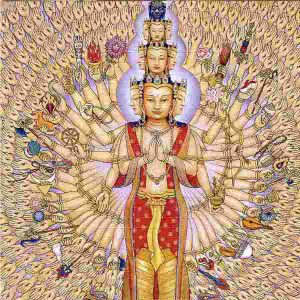 Tulkism is rarely well known outside of the esoteric Buddhism traditions.  It is an intimate term mainly used by the Tibetan Lamas.  It is expressed by the belief of a lineage of beings that are directly connected to a central being. The lineage of the Dalai Lama is an example of this.  The Dalai Lama is the representative of the Avalokiteshvara, the Bodhisattva of Compassion, which is why it is so important to find the new one when the old one has passed.

The word tulku literally means “a form created by magic process”.  It is almost always from Agarthinian[1] in origin, which means they are beings from the Sudha Dharma Mandalam, or the Great White Fraternity, or mysterious beings that, from time to time, emerge onto the surface of the Earth in order to transform it.  Among the Tibetans and Mongols, these are known as “Shambahla people”[2].

According to the Tibetan mystics, the tulkus are emanations, projection or vehicles “fabricated” by a highly developed mind, to fulfill orders and service; acting as a living ‘statue’ and equipped with an extraordinary quality of intelligence with advanced spiritual and physical DNA.

In addition to choosing the manner of their rebirth, tulkus are able, on their deathbed, to make known the place of their next birth, sometimes adding various details about their future parents, the situation of their house and so on. If such details are lacking, the monks whose duty it is to locate his reincarnation, resort to a lama-tulku astrologer, or tsispa, for directions. 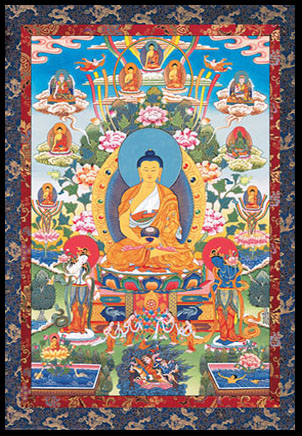 The tulku incarnation lineage should not be confused with the lineage of Buddhist masters and their disciples, which is concerned with the oral or written transmission of particular Buddhist teachings and spiritual practice from generation to generation.

The living Buddha is a tulku, or a mayavic shadow projected by a Buddha.  The Dalai Lama is an incarnated disciple, hence the origin of the words: Lha and Ma, where the spirit takes upon incarnation or the word is made flesh.

Usually the Monks go on pilgrimages around the world to find the tulku of the leader who has recently passed. This aspect for tulkism is what you would call a vertical lineage, which is formed by a category of beings that are prepared to receive the consciousness of beings highly spiritually evolved. Usually this concept is misunderstood by the search for beings of “divine origin”, when in practice, all sentient beings were created by a superior Will, and therefore have a birthmark of divinity. 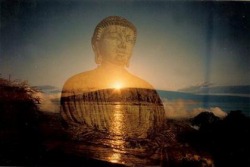 There are many difficulties in the clear understanding of Tulkism.  The tulkus are “soul extensions”, usually seven in the number, which sprang from the same individual source, or repository, of all the experiences acquired. All these “personalities” are interconnected and together they are joined to a Major Being as a central consciousness center.

The “horizontal tulkus” are beings that belong mainly to the physical realm and their bodies are specially prepared to hold higher vibrations that will pulsate in them, whether occasionally or permanently.

The horizontal tulkus are a tangible double of a living person, a look alike, as if they were twin brothers and sisters, including the fact that they tend to present almost the same psychic and emotional characteristics of maternal twins.

They usually present life purposes related to the evolution of the human beings, when related to their immediate environment. They can have jurisdiction over various sectors of society and their activities in the physical plane can vary enormously in relation to a superior spiritual command, which inspires, expands and promotes human evolution. 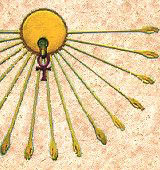 The “vertical tulkus” belong to the Spiritual realms and they are continuously attached to the higher vibratory patterns of consciousness, whose the primary goal is to expand the quantum possibilities of the human conscious mind.  They usually do not interfere on the physical plane, maintaining their primary focus of action in the inspiration for noble action and revelations.

Presently, there are over two thousand tulkus known, although in Tibet before the Chinese invasion there were probably a few thousand. Each tulku has a distinct lineage of rebirths. For example, the Fourteenth Dalai Lama is held to be the reincarnation of each of the previous thirteen Dalai Lamas of Tibet, who are in turn are considered to be manifestations of Avalokiteshvara, or Chenrezig, Bodhisattva of Compassion, holder of the White Lotus.

[1] Agartha is a legendary city that is said to reside in the earth's core. It is related to the belief in a hollow earth and is a popular subject in esotericism. Agartha is frequently associated or confused with Shambhala, which figures prominently in Vajrayana Buddhism and Tibetan Kalachakra teachings and revived in the West by Blavatsky and the Theosophical Society.

[2] They are mentioned by Helena P. Blavatsky as the Mahatma, or highly noble souls.