The world was soon bristling with life, and the air was filled with the sounds of Brahma’s creation.

Science writers Carl Sagan and Fritjof Capra have pointed out correspondences between what they consider the latest scientific understanding of the age of the universe and Hinduism's, or more technically correct Brahmanism's, concept of a "day and night of Brahma." This is much closer to the current known age of the universe than other creation myths.

The days and nights of Brahma postulate a view of the universe that is divinely created. Like Buddhism and other Eastern esoteric and philosophical views, it is not strictly evolutionary. Instead, it is an ongoing cycle of birth, death, rebirth, and “re-death” for the universe. According to Sagan:

"The Hindu religion is the only one of the world's great faiths dedicated to the idea that the Cosmos itself undergoes an immense, indeed an infinite, number of deaths and rebirths. It is the only religion in which time scales correspond, no doubt by accident, to those of modern scientific cosmology. Its cycles run from our ordinary day and night to a day and night of Brahma…”

A Manvantara is a period within which there is the activity of life, while a Pralaya period is repose of that activity. For instance, since you are alive, you are in a human life “Manvantara.” When you die, you will enter a “Pralaya.” The same happens for everything that exists, from the smallest particle up to an entire universe. Everything passes through days and nights, on small scales and great scales.

The concept comes from the creationist Hindu myths, where Brahma is the principal God of creation. When the great God Brahma exhales, everything comes to manifestation when he inhales everything that exists recedes back to him. The exhaling thus represents the great creative moment, and the inhalation, the nights of creation. It is also the formal name given to the periods of Manvantara, or Manuantara -in between the Manus, and the periods of Pralaya, or dissolution; the former referring to the active periods of the Universe and the others to its times of relative and complete rest, whether they occur in a "day” or an age of Brahma. These periods are also called Kalpa. Properly speaking, the Maha Kalpa is never a day, but an entire age of Brahma. In truth they are infinite, and they never have an end. There has never been a first Kalpa nor will there ever be a one last Kalpa, hence eternity.

" As Moses was keeping a vigil on Mount Sinai, in company with the deity, who was concealed from his sight by a cloud, he felt a great fear overcome him, and suddenly asked:" Lord, where art thou...sleepest thou, O Lord? (...) And the Spirit answered him "I never sleep: were I to fall asleep for a moment, BEFORE MY TIME, all the creation would crumble into dissolution in one instant."
~Zohar

In the nights of Brahma, all the created elements of the universe are again merged into their original primal form. The primary element, consciousness, combined with the Tamasa, or spiritual darkness, is itself disintegrated by Mahat, the Universal Intellect.

Each Manvantara is created and ruled by a specific Manu, who in turn is created by Brahma, the Creator himself. Manu creates the world, and its entire species during that period of time, each Manvantara lasts the lifetime of a Manu, upon whose death, Brahma creates another Manu to continue the cycle of Creation.

The Buddhist view of the universe, its cosmology, can be found in a Buddhist scripture called the Agganchcha[1] Sutra. According to Buddhism, as with everything within it, the universe itself is subject to radical impermanence. This means that it is in a perpetual state of “becoming,” rather than “being,” and while no discernible beginning is declared, there is also no definitive end. 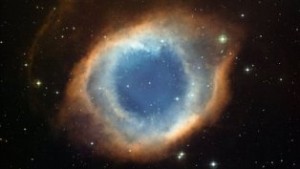 There are instead many beginnings and ends, cyclical ages, or eons, and epochs, and countless other universes, multiverses, world systems, in all directions, dimensions and frequencies.

When the existing universe or world system dies, it goes into a state of undifferentiated chaos. It emerges again due in part to its nature and partly as a result of karma. At that time, living beings are mostly reborn into a Brahma world, abhassara-brahma-loka. There they subsist on “joy,” “Light, “love” and soar beyond limits.