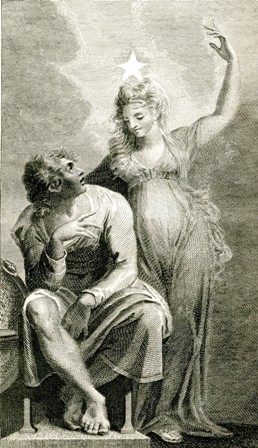 The constellation of Auriga the Charioteer appears in the Greek charts by Eudoxus in the 4th century BC. Auriga belongs to the Perseus family of constellations, together with Andromeda, Cassiopeia, Cepheus, Cetus, Lacerta, Pegasus, Perseus, and Triangulum.

Auriga was first cataloged by the Greek astronomer Ptolemy in the 2nd century. It contains Capella, the sixth brightest star in the sky. The constellation is also the site of the galactic anti-center, the point in the sky opposite to the center of the Milky Way Galaxy, which is located in the constellation Sagittarius, near the border with Scorpius.

For such a large constellation with such a bright star, the mythology pertaining to Auriga and Capella is scarce. The constellation has been sometimes associated with the Greek sea god Poseidon.

In other Greek legends, Auriga is identified as the mythological Greek hero Erichthonius of Athens. Erichthonius is a King of Athens and the son of Hephaestus and Athena. Like his god father, he was both extremely clever and had a deformed leg.  This combination led him to invent a four-horse chariot.  This invention brought him a place of honor in the sky.

In another legend, Auriga was the son of Hermes. He trained chariot horses and his animals were said to be the fastest there were.

In another myth, Auriga represents Hephaestus himself, the lame god, who built the chariot so that he could travel anywhere he wanted, whenever he wanted, without difficulty. 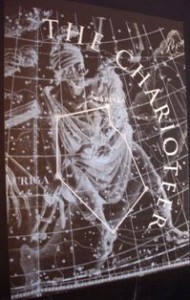 Capella is the brightest star in the constellation Auriga the Charioteer. Capella is the Latin word for “nanny goat”, and this lovely star is often called the Goat Star.  Capella also has some legend about it. It is reputed to represent the goat that suckled Zeus. At some point Zeus accidentally broke off a horn. In contrition, he made this piece of horn magical in that it could be filled with whatever the possessor wished for. It was given the name Cornucopia, or "horn of plenty."

In India, Capella was worshiped as the heart of Brahma. English poets have called Capella the “shepherd's star”.

Auriga seems to have been associated with shepherds and flocks, so the title of “nanny goat” or “she goat” for Capella is reasonable. However, neither Capella nor its constellation Auriga figures prominently in any major mythological stories from Greek or Roman culture.

In Babylonia, there is evidence of two independent constellation images applied to the stars of Auriga. The first, called the Chariot, despite its name, depicted a chariot-driver without any sign of a vehicle just as the Greek star-map does. The other constellation, called the Crook, was arguably represented by the figure of a shepherd holding a kid goat.

The ancient Arabs called the star Capella by a name that meant ‘The Driver’ and implied that this star was seen as a shepherd driving a flock across the sky. The flock might have been the nearby star cluster Pleiades, although, instead of sheep or goats, early Arabian stargazers saw this pattern composed of camels.

Capella was also apparently important in ancient Egypt. It appears on the Denderah Zodiac as a mummified cat.

Remarkably, in China, Capella and the four other stars of Auriga were known as the Five Chariots. 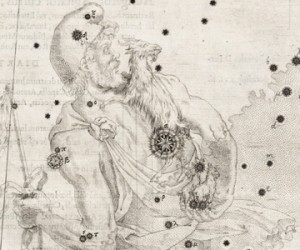 The Stellar Code™ Capella brings in its vibration the energy of infinite fields of possibilities.  Its maternal protective frequency allows those that are integrating this code to overcome difficulties, to manifest the art of miracles and wonders in all aspects of their lives.

Capella externalizes a Jupiterian energy of great magnitude, open always, even in the last minute, for the assistance and help requested. Capella is a silver-lining code that amplifies the creative spiritual work.  This is a powerful code to be integrated in our ever expanding matrix, because it brings trust, grace and joy into the smaller elements of our daily lives.

For more information about the Stellar Codes™, visit Stellar Code™ Mastership Program in the Services section of the pull-down menu.

The window for the Stellar Code™ Polaris Attunement and Initiation for 2011 will run through 26 July.