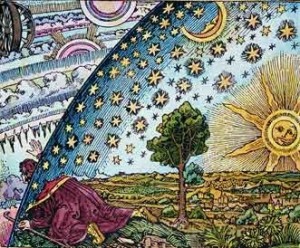 Controversies over the facts, stories and even the authenticity of the Bible are one of the foremost factors behind the disharmony within the religious community, whether those congregations are Christians, Jewish, or Muslin. The main issue resides in the fact that most of them tend to take the scriptures at face value, literally, similar to an instruction manual that would allow you to troubleshoot a machine. There is a history of mentalities that purposely obfuscate the facts that some of these reports are connected to certain cultural-historical realities which give the logical background for their existence, and some symbols and references no longer apply to our modern days.

Also, there are many passages of the Bibles, which are impregnated with symbolism. They give the glimpse for a myriad of interpretations and have been used to manipulate, to discriminated, to impose particular agendas, and to submit people to a limiting level of consciousness and understanding which were never intended by those that originated these writings.

"The truth is rarely pure and never simple."
~Oscar Wilde

It is undeniable that the Bible has a prismatic nature, and can be looked at through its artistic, poetic and mythological aspects of the narration about the Creation.  Unfortunately, the mediocrity of the political powers through history has emptied the collection of texts in the Bible of much of its luminous aspects.  This fate was not shared by other sacred texts, as one can observe with the Upanishads or the Mahabharata.

How should one gravitate through the compendium of texts and narratives from the sacred scripture and what should be considered relevant and trustworthy? How does one learn to understand the Bible like orthodox scholars do?

"He has made us competent as ministers of a new covenant not of the letter but of the Spirit; for the letter kills, but the Spirit gives life."
~ 2 Corinthians 3:6 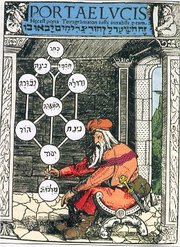 Despite all the errors and omissions, our critical eyes can perceive in the reading of the Bible, on its chosen texts, many facts that can connect it with even ancient Traditions. And Despite the exclusion of others Texts, such as the Apocrypha; we can understand that there is value in the text, not solely as a historical reference of a period or way of living, but in the interpretation of these facts using the lens on the Hermetic arts.

Esoteric Keys for Interpreting the Bible

Some keys utilized by scholars for centuries give us an outstanding grouping of resources for the understanding of its texts. The end results can be quite surprising and the outcome interpretation reasonably diverse from the commonly accepted versions and beliefs.