The Ancient Practice of Koans

“Then it is not a conscience personal and limited by its will, but a wider conscience about this anymore.”
~Musashi Miyamoto 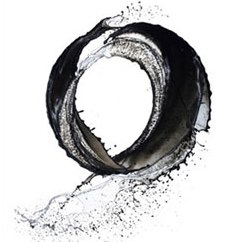 "...in the beginning, a monk first thinks a Koan is an inert object upon which to focus attention; after a long period of consecutive repetition, one realizes that the Koan is also a dynamic activity, the very activity of seeking an answer to the Koan. The Koan is both the object being sought and the relentless seeking itself. In a Koan, the self sees the self not directly but under the guise of the Koan... When one realizes ("makes real") this identity, and then two hands have become one. The practitioner becomes the Koan that he or she is trying to understand. That is the sound of one hand."
~ G. Victor Sogen Hori, translating The Zen Phrase Book

The Koan is an auxiliary meditative technique used broadly by the Zen Buddhists to facilitate contemplation and incite enlightenment. They are composed of short stories, oral narratives, affirmations and questions which contain elements which are traditionally non-accessible to the rational mind and only reachable through the exercise of the intuitive mind. The purpose of Koans for a Zen practitioner is to become aware of the difference between themselves, their mind and their beliefs, which influence how they see the world; and, ultimately, to help them realize their true nature. 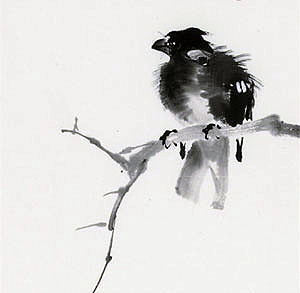 Their power resides in the imagery resources that permit the mind to reach a different scale of vibration, slowing down the logical thought process and allowing the subtle wave oscillations of the contemplative process to be perceived and absorbed. Koans “do not have an intellectual meaning” per se, they are a transmission between the teacher and his student. To order to develop an understanding, it is not sufficient to just read them, but to apply them to the daily life as a practical exercise. It is beneficial to practice the reading of a Koan for a period, meditating and contemplating; allowing a little time for pondering before passing to the next one. We strongly advise concentrating on their meaning whenever you are in a quiet place and can sit to meditate on them or simply letting out the daily thoughts.

In Buddhist tradition, the practice of the Koans is recommended for those striving to achieve a stable level of meditation but struggle with the constant interference of the chattering of the lower mind. The objective is to create a “mind-lock”.  This happens when the rational part entertain itself trying to reach a logical explanation or answer for the affirmation or question, and with time, without reaching a reasonable, coherent response, it silences itself, allowing the meditator to advance in its practice. This comes from the belief that the lower mind is inherently dualistic, and through succinct paradoxical statements, it is possible to train the mind to release itself from its dependency on concrete reasoning. 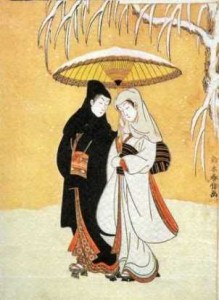 Koans tend to be instruction stories between masters and their disciples; they are typically in the form of a conversation between a younger monk and his spiritual teacher, or as advice given to visitors. Many Masters use the Koan differently, and even the answers for the same Koan can vary from one tradition or school of wisdom to another since they are aligned with the state of consciousness of the student. It has, however, an immeasurable value for those practicing the contemplative path.  It said that Dogen Zenji wrote of Genjo Koan, which points out that everyday life experience is the fundamental aspect of Koans.

Hakuin Ekaku[1] recommended preparing for Koan practice by concentrating on Chi breathing and its effect on the body's center of gravity, called the tan tien, or "hara" in Japanese; thus associating Koan practice with pre-existing Taoist and Yogic Chakra meditative practices.

Probably the most widely known Koan is:  "Two hands clap and there is a sound; what is the sound of one hand?"

“What did your face look like before your parents were born?” This Koan is an invitation for one to recognize the empty nature of reality by looking beyond the particulars of one's socio-cultural and psychological understanding of self, body, and mind. It is related to the saying: 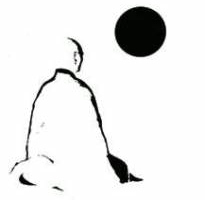 Yamaoka Tesshu, as a young student of Zen, visited one master after another. He called upon Dokuon of Shokoku.

Desiring to show his attainment, he said: "The mind, Buddha, and sentient beings, after all, do not exist. The true nature of phenomena is emptiness. There is no realization, no delusion, no sage, no mediocrity. There is no giving and nothing to be received."

Dokuon, who was smoking quietly, said nothing. Suddenly he whacked Yamaoka with his bamboo pipe. This made the youth quite angry.

"If nothing exists," inquired Dokuon, "where did this anger come from?"