Death, Judgment and the Second Death 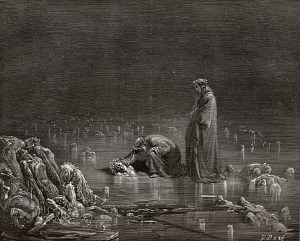 In the chapter of Psalms 16:10-11, we read “For thou wilt not leave my soul in hell (sheol); neither wilt thou suffer thine Holy One to see corruption. Thou wilt show me the path of life: in thy presence is fullness of joy; at thy right hand there are pleasures for evermore.”

The word “Hell” would not be the correct translation of this verse. A correct reading should have been “the grave” or “Sheol.”

“Who is the man who will live and will not see death and will save his soul from the hand of Sheol?”

Psalm 89 speaks of the time when the soul is separated from the body. The body is given over to death where it will decay, while the soul is assigned to Sheol/Hades to await the final judgment.

At the crucifixion, Jesus said to the thief beside Him, “Today you will be with me in paradise” (Luke 23:43), but according to the Bible, Jesus did not immediately ascend to heaven: he descended to Sheol/Hades.  While Jesus’ body lay in the tomb; His soul/spirit went to the “paradise” side of Sheol/Hades. He then removed all the righteous dead from the “static” paradise, a “way station” and took them with Him to heaven.  In Kabbalistic terms, Jesus would have facilitated the dimensional upgrade of these souls, removing them from the realms of eternity, the otherworld, to the realms of everlasting, the Upper Kingdom of God. For all intents and purposes, what we nowadays would call limbo, purgatory and hell are still parts of what the Christian theology called the “Community of Saints”, which would exist on the multidimensional levels of the various realms and worlds of eternity.

Unfortunately, in many translations of the Bible, the translators were not consistent or correct.  Often, they did not have the historical reference to make a balanced selection of words in order to preserve the original concept presented in scriptures. They tended to mistake, confuse and amalgamate the Hebrew and Greek words for “sheol,” “hades,” and “hell.”

Gehenna in the Old and New Testament

Gehenna, a Greek word, actually existed as a geographical location in ancient times.  It was known as the Gehinnom in Rabbinical Hebrew and Gehinnam in Yiddish. These are terms derived from a place outside of ancient Jerusalem known in the Hebrew Bible as the Valley of the Son of Hinnom. It was one of the two principal valleys surrounding the Old City. The location of the Valley of Hinnom was supposed to be at the base of Mount Zion. 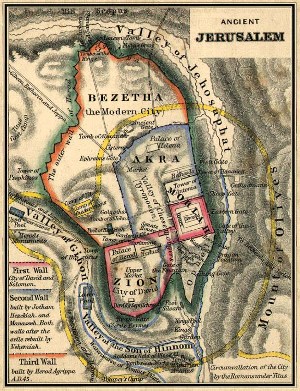 In the Hebrew Bible, the site was initially where apostate Jews and followers of the various Ba'als and Caananite gods, including Moloch, sacrificed their children by fire[1]. The use of this area for tombs continued into the first centuries BCE and CE. With the arrival of the Romans[2], who were the only group known to practice cremation in this region, the area became not only a burial site, but also a place for cremation of the dead. Already regarded as a dammed place by Jewish folklore, the “Fires of Gehenna” became the place where the dead bodies of non-Jewish travelers, foreign merchants, criminals and apostates found their final destination. In fact, it is said through tradition that the 30 pieces of silver paid by the Priests to Judas to betray Jesus came from a collection of money from the temple  money collection that was earmarked for the disposal of non-Jews that had the met their demise on their sacred land. This fund of money was regarded as tainted or “dirty” because of its purpose.

In Matthew 23:33, we see the statement directed to the Pharisees: “You serpents, you brood of vipers, how shall you to escape the sentence of, 'Gehenna'?”

The fires pits of Gehenna clearly gave us the idea of permanent torment and damnation[3] through the fire element. In this idea, Hell is a place of intense suffering, permeated with the heat of fire and brimstone. It is interesting how this imagery differs from the version of hell given by Helena Petrovna Blavatsky, the founder of Theosophy.  She asserts that Hell is not a hot, place, but instead is a gelid place, because it is the icy attitude of indifference engraved in their souls that determines the type of suffering a consciousness can endure in that stage.

Ultimately, we can infer that the mentioning of the Fires of Gehenna in many passages of the Bible simply means what would be the final destination of an individual that has committed a transgression of the common law or religious precepts as a result of a trial or judgment. In some instances, all that was needed to be sent to Gehenna, rather than a “proper” burial, was that the individual was not from Jerusalem, but a traveler or passerby.