The Axis Mundi and Axis Coeli

Alcyone is a Stellar Being who vibrates her cosmic melody into the frequencies of the Constellation of the Pleiades. Called "The Central One," Alcyone is both the central and the largest star of the Pleiades or Seven Sisters; the seven stars which are situated on the shoulder blade of the constellation of Taurus, the Bull. Alcyone is often seen as representing the whole group which is clustered within one degree from each other.

In ancient times, the Pleiades were called “The Guardians of the Sky."  They had the mystical task to have the account of Time Keeping. The Egyptian texts allude to Pleiades' archaic significance as Krittitas, judges of men, assigning them also to seven planetary spheres as the seven Hathors. The Pleiadian Star System was the locus of our cosmic inheritance and the source of the mystical wisdom known by the High Initiates of the Mystery Schools of Isis.

The influence of the Pleiades is most heightened in May and November every year. This is when Pleiadian consciousness is most accessible to humanity.

Some of the Oriental Scriptures affirm that our connection to the Pleiades is made through sound and vibration. In Alice Bailey writings, it is suggested that perhaps the Pleiades are the source of the atomic life of our Logos, the active, intelligent aspect. The Pleiades are believed to be the home of the many Spiritual schools of learning whose influence awakens and transforms the rational mind into becoming a transparent vehicle of spirit.

The cluster consists of 7 small stars (Electra, Celaeno, Taygeta, Maia, Merope, Asterope, and Alcyone) with Alcyone being the central star and known as the star of the weeping sisters. 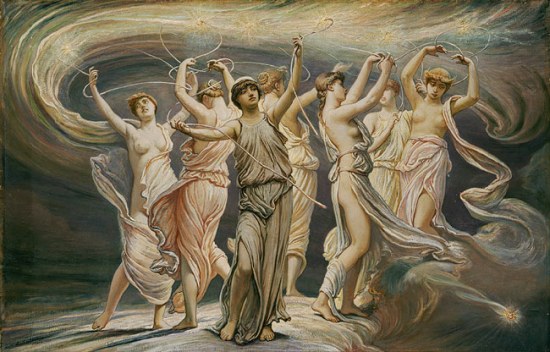 Alcyone is the Great Group “point at center” for the One Cosmic Hierarchy and the center of the sweep of the circle of the Seven Cosmic Initiates, the Lords of the Seven Great Creative Hierarchies.

Alcyone was called Al Wasat, the Central One by the Arabs and Temennu, the Foundation Stone by the Babylonians. Alcyone is evidently of Oriental origin, having the Arabic and old Hebrew article Al, prefixed to its root Cyon, center; Cyon sounds like Sion/Zion - the heavenly city of God. Alcyone aptitudes are well mentioned in Psalm 87 and in the Book of Revelations, chapters 21, 23, 25 and 27.

“The city does not need the sun or the moon to shine on it, for the glory of God gives it light, and the Lamb is its lamp (...)Nothing impure will ever enter it, nor will anyone who does what is shameful or deceitful, but only those whose names are written in the Lamb’s book of life.” ~ Revelations 21 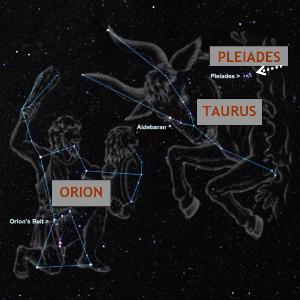 In Greek, its name Alcyone or Halcyone means the queen who wards off evil storms. In Greek Mythology, Alcyone was a queen, daughter of King Aeolus, the guardian of the winds, who in grief over the death of her husband Ceyx, threw herself into the sea and was changed into a halcyon through the compassionate action of the God Zeus.  The bird was identified with the kingfisher and believed to have had the power to calm the wind and the waves at the time of the winter solstice when it nested on the sea. Halcyon means tranquil and free from disturbance or care; prosperous; golden: as in "halcyon days."

Many ancient traditions affirm that Alcyone is the Spiritual Central Sun, the Mother Sun that emits creative Light, that which births great teachers of Light into the world. It was believed to be the center of the Universe around which our solar system also revolves.

It is the supreme symbol of Synthesis, consummated light expression and the Cosmic Whole. All seven of the Cosmic Paths eventually lead via the Seven Centers to the central Hub of the Great Wheel and all seven strands of the Great intra-cosmic Antahkarana emanate from it.
The Stellar Being of Alcyone bestows intuitional intelligence to seekers at a high level of consciousness and knowledge, helping the seeker to grow to be consciously aware of Divine Knowledge and Wisdom.  This is why their etheric, astral and mental bodies must be purified and perfectly attuned before being able to integrate with that spiritual realm. Through these attunements, all the twelve doors that open the Sacred Temple of Most High would be perceived by the seeker. In Alcyone resides the Great Temple of the Central Sun. 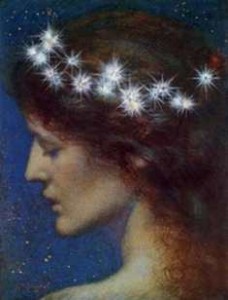 “And he carried me away in the Spirit to a mountain great and high, and showed me the Holy City, Jerusalem, coming down out of heaven from God.  It shone with the glory of God, and its brilliance was like that of a very precious jewel, like jasper, clear as crystal.  It had a great, high wall with twelve gates and with twelve angels at the gates.” ~Revelations 21:10-12

Alcyone, as science can perceive, would seem to be the "midnight throne" in which the whole system of gravitation has a central seat, and from which the Almighty governs His universe.

The Axis Mundi and Axis Coeli