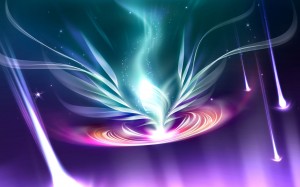 Great people are meteors designed to burn so that the earth may be lighted. ~Napoloeon Bonaparte

The Nature of Meteor Showers

Meteor showers are events that have provoked human curiosity since the beginning of mankind, and this is evidenced by the many records and stories that make reference to specific meteor showers through time. The earliest record of the Perseids Showers, for example, dates from the year 36 AD, made by Chinese astronomers. The Leonid meteor shower has been more intense in recent centuries and is responsible for many events which were surprised by some meteors observed.

A Meteor Shower is an event in which a group of meteors is seen radiating from a single point in the cosmos and entering the Earth's atmosphere at very high speed. As our planet journeys through the infinite ocean of the heavenly skies during its translation movements, its orbit intercepts debris, which becomes meteors. A meteor shower is usually the result of interactions between a planet like the Earth and the trail of debris produced by a comet or asteroid. Usually, the comet material is detached from its orbit naturally, or when Earth crosses their orbit, its gravitational force attracts these particles into its atmosphere.

Most meteors are smaller than a grain of sand and therefore almost always disintegrate and do not reach the surface of the planet. Heavy and unusual meteors are also known outbreaks or meteor storms, which are seen at a rate of more than a thousand meteors per hour.