Oversoul is a word that was originally coined to express the various aspects a very complex concept inside of the program of evolution: the parts of the Monadic Essence of Creation. The monad is a Greek philosophy term meaning "unit" and was used variously by ancient philosophers from the Pythagoreans to Plato, Aristotle, and Plotinus to signify a variety of entities from a genus to God. According to Hippolytus, this view was inspired by the Pythagoreans, for whom the first thing that came into existence was referred to as the Monad.

"Progress has not followed a straight ascending line, but a spiral with rhythms of progress and retrogression, of evolution and dissolution." ~Goethe

“The story begins with the Absolute. From the Absolute comes the Divine Fire. A spark of this Divine Fire is differentiated into a ‘Divine Spark‘, and is called the Monad. It is difficult to describe the Monad, or to list its attributes. All that can really be said in a description of the Monad is that it is an individualized expression of the Absolute, a “Divine Spark.”... .the Occult teaching says, "Nothing is created, but is only transformed. Nothing can manifest itself in this universe -- from a globe down to a vague, rapid thought -- that was not in the universe already; everything on the subjective plane is an eternal IS; as everything on the objective plane is an ever becoming -- because transitory."

“The Monads are not discrete principles, limited or conditioned, but rays from that one universal absolute Principle.”

It is the expression of the concept of "one essence" in metaphysical and theological theory. In Ageless Wisdom, the Unit of Creation can and will express and experiment itself through various stages and manifestation of consciousness.

“Monads are spiritual-substantial entities, self-motivated, self-impelled, self-conscious, in infinitely varying degrees, the ultimate elements of the universe. These monads engender other monads as one seed will produce multitudes of other seeds; so up from each such Monad springs a host of living entities in the course of illimitable time, each such Monad being the fountainhead or parent, in which all others are involved, and from which they spring.” ~ Theosophical University Press, Occult Glossary

All the seeds and offspring of the Monad constitute what we call our Oversoul. Therefore, for Oversoul, we understand that it comprises the complete scope of Soul extensions that constitute our Family of Light. A human monad can have twelve Souls as monadic extensions, and these twelve Souls can, in their turn, expand themselves to have up to twelve Soul extensions of their own. Taken together, the monad can be vibrating and experience itself on the plane of individuality in 144 different aspects of itself. The monad is just like a diamond with 144 facets, all connected and vibrating in unison as One.

The true realization and awareness of these important parts of us are vital steps to the expansion of our horizons and consciousness. The recognition of this intricate concept can greatly broaden our understanding of ourselves and our roles inside of the manifested universe. The Master Djwhal Khul says, through his work with Alice Bailey, that the relationship between all Souls and their Oversouls constitute the basis of the scientific belief in “Brotherhood”, or Oneness, as, at the same time, he affirms that Oneness, is a reality of nature, not just an ideal concept. 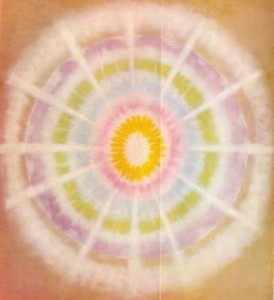 The clearing and the anchoring of the energies from our Family of Light is a legitimate work of Soul integration, which helps an individual to re-engineer its limiting system of beliefs, amplifying the reach and heightening the general vibration, creating limitless opportunities to exchange experiences and wisdom with the multifaceted and multi-dimensional realities of Be-ing.

The opening gates of this invaluable Soul contact are indicated in the spiritual works of the building of the Bridge of Light, or Antahkarana, which opens oneself to the perspective to cross beyond the limiting island of the Self to the immense new continents of the Soul-selves and Monadic-selves.