Astrotheurgy is one of the esoteric practices brought down through Gnostic traditions; According to Astrotheurgy, it is possible to connect and amalgamate with the vibration of the celestial bodies to facilitate the amplification of our internal planes, spiritual growth, and assistance in our field of manifestation, through improvement in health, security, marriage and professional fields.

According to the doctrine of Proclus, the uppermost regions from the Zenith of the Universe to the Moon belonged to the Gods or Planetary Spirits, according to their hierarchies and classes. The highest among them were the twelve Huperouranioi, or Supercelestial Gods, with whole legions of subordinate Daimons at their command. They are followed next in rank and power by the Egkosmioi, the Inter-cosmic Gods, each of these presiding over a great number of Daimons, to whom they impart their power and change it from one to another at, will. These are evidently the personified forces of nature in their mutual correlation, the latter being represented by the third class or the Elementals.
~H. P. Blavatsky

It is clear that our manifested universe is ruled by cosmic laws.  Essentially, these laws are the connection between the Microcosms-Man and the Macrocosms-Galaxy. In this universe, every created element resonates with the multiple vibrations of the planets, suns, constellations, galaxies and correlated multiverses.

In every aspect of life, human beings are intimately and immediately engaged with these ordered ranks and legions of daimons or elementals. The elementals are neither immortal spirits nor solid bodies; they are merely astral forms of the celestial and supercelestial ideas that move them. They are a combination of sublimated matter and rudimentary mind, centers of force with instinctive desires but no consciousness in the human sense. Acting collectively, they are the nature-spirits – the gnomes and sylphs, salamanders and undines of alchemical tradition. (Copyright©2011 Theosophy Trust)

For those familiar with cosmic energies, it will be no surprise to know that the mediator vehicles between the Higher Cosmic forces and the Earthly Man are the chakra system. The chakras are amplified receivers and translators of the distinct frequencies and vibrations. Each one of these centers was wired to receive these frequencies as they are absorbed by the energy vortexes and passed through the meridian system, activating the holographic connections between the Microcosms and Macrocosms. Once this connection is triggered, the natural flow of the cosmic currents starts interacting with our refined will and the intentional trine flames of our heart.

A Human being, once activated, transforms itself in a Divine column of life, anchoring the Divine infinite energy of Christ-consciousness in any earthly grid of manifestation.

In the antaskarana, in the channel of aspiration, the force of Buddhi in Manas will become manifest in the fingers, nostrils and lungs. Buddhi will be aroused in all the centers of the brain and the heart. It will then be possible to invite or invoke the chief controllers of the many classes of daimons[1]. When this takes place, the teaching that man is a living link between heaven and earth takes on a concrete meaning in benevolent magic based upon arcane science. (Copyright©2011 Theosophy Trust) 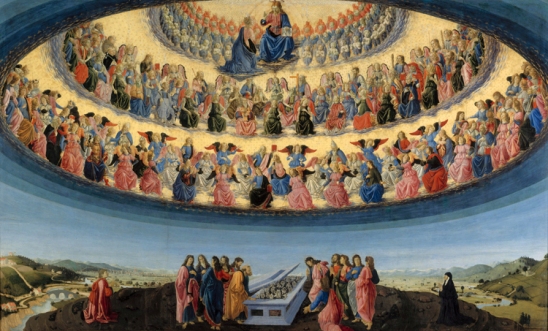 The framework of the influx of energy inside of the meridian system of our physical and other bodies can be stimulated through the use of Mantras.

In Theurgy, mantras are the keys that allow us to work with the sacred energies of the Infinite Cosmic Mind. In this universe, every flower, mountain, rivers, human, suns, planets, constellations hold peculiar vibrational energy signatures; with their patterns, expressed by colors, aroma, power and energy. All the vibrations generated on a planetary globe are a reflection of a synthesis note inserted in the infinite choir of the universe. The grouping of all these keynotes is the composite of the cosmic orchestra of the starry skies. This is the real music of the spheres discussed by Pythagoras.

All the vibrations generated on a planetary globe are a reflection of a synthesis note inserted in the infinite choir of the universe. The grouping of all these keynotes is the composite of the cosmic orchestra of the starry skies. This is the real music of the spheres discussed by Pythagoras.

The Hindu tradition has a long registry of Mantras that refer to the Planetary Intelligences, which are supposed to facilitate the integration of these planetary energies into our lives, minimizing the disharmony and challenges they may cause on our path. Other Chants can bring the qualities and powers of these Star presences.

[1] The words daemon and daimon are Latinized spellings of the Greek daimôn, a reference to the daemons of Ancient Greek religion and mythology, Hellenistic religion and philosophy. Daemons are good or benevolent "supernatural beings between mortals and gods, such as inferior divinities and ghosts of dead heroes" and differ from the Judeo-Christian usage of demon, a malignant spirit that can seduce, afflict, or possess humans.