Wesak – Safeguarding the Most Sacred of Days

Another interesting and important ritual performed by Jesus is described in the canonical gospels indirectly, as it was referred to as a miracle: the resurrection of Lazarus.  In this passage, the behavior of Jesus is unusual and very peculiar, especially when it refers to the illness and death of a very close friend. Even stating that Bethany was only two miles away from the place where Lazarus was, and despite the fond request of his sisters, the Master waited more than three days to go and see the “one that he loved”. 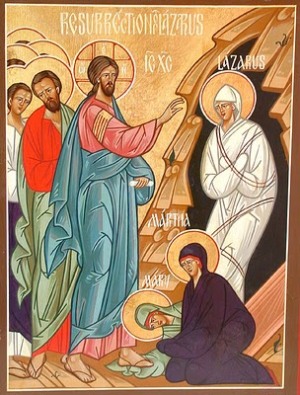 “So the sisters sent word to Jesus, “Lord, the one you love is sick.”

When he heard this, Jesus said, “This sickness will not end in death. No, it is for God’s glory so that God’s Son may be glorified through it.”
~John11:3-4

“After he had said this, he went on to tell them, “Our friend Lazarus has fallen asleep; but I am going there to wake him up.”

His disciples replied, “Lord if he sleeps, he will get better.”  Jesus had been speaking of his death, but his disciples thought he meant natural sleep.”
~ John 11:11-13

“On his arrival, Jesus found that Lazarus had already been in the tomb for four days. Now Bethany was less than two miles from Jerusalem, and many Jews had come to Martha and Mary to comfort them in the loss of their brother. When Martha heard that Jesus was coming, she went out to meet him, but Mary stayed at home. 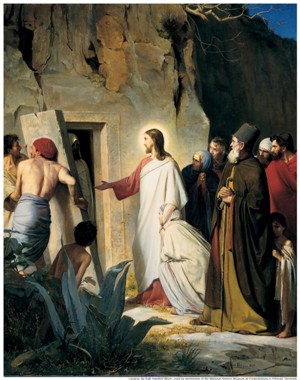 For those familiar with the esoteric rites from many schools of wisdom, the apparent miracle is the exterior and allegoric face to an elevated and specialized ritual in which it was required of the initiate to enter in a state of trance for three days. This is not a novelty for the Israel of that time: the origins of this ancient ritual seem to be Egyptian.

The entire ritualistic procedure was supposed to last for three days, and at the end, the seeker should be awakened from the trance by the words of powers of a real master. Jesus Himself refers to the same process when he declares according to the Gospel of John (2:19) ”Jesus answered them, “Destroy this temple, and I will raise it again in three days. “No wonder the disciple named as Thomas was so curious of the impact of this ritual initiation afterwards when Jesus awaken from his “death.”

The clearest evidence of Jesus’ mysteries and miracles are referenced in the Gnostic Gospels. But this should not infer that the early fathers of the church were ignorant of the mysteries and their rituals, neither that they had not received these initiations themselves.

There are numerous references concealed in the epistles of the Apostle Paul when he used the technical language proper of the schools of mystery:

“By the grace God has given me, I laid a foundation as a wise builder, and someone else is building on it. But each one should build with care.”
~ 1 Corinthians 3:10

“We do, however, speak a message of wisdom among the mature, but not the wisdom of this age or of the rulers of this age, who are coming to nothing. No, we declare God’s wisdom, a mystery that has been hidden and that God destined for our glory before time began.”
~ 1 Corinthians 2:6-7 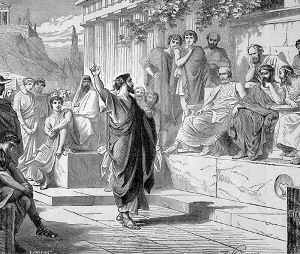 Some disciples of the Gnostic Valentinus in the second half of the second century declared they received the teachings of the Mystery of the Christ through the Apostle Paul, which were given secretly to a handful of disciples.

Among the many topics of the Divine and mysterious wisdom of God which Paul speaks about, we find the topic of reincarnation. This was a concept accepted by the majority of the people of the ancient world at the time of Jesus, especially by the Essenes and other Gnostics.

In Kabbalah, the esoteric teaching of the Jewish people, there is a concept that supposes the transformation and movement of the soul from one vehicle to another. The Pharisees accepted this concept in an interesting way, where only the just soul had the permission to return to earth to perfect itself, while the “not so good” would not have the same opportunity. Reincarnation was an accepted concept until a council from the early church declared it a heresy.

Prayer for the Divine Mother