Prayer for the Divine Mother of God

Our hearts are with Thee,

Queen of Heaven, Empress of the Stars

Blessed be your Living Essence that nurtures our Planet. 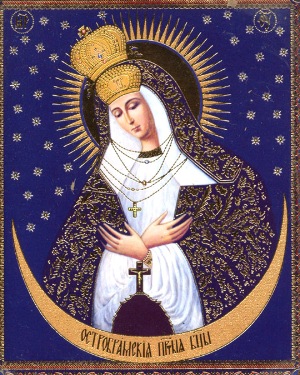 Blessed be you, oh Giver of Light to all that lives and breathes.

Blessed be Your dispensation of Unconditional Love.

Holy Mother, Mediatrix of Grace, heal the pains of our hearts.

Extend Your angelic mantle of Compassion to those that are in need of Hope.

Through Your Blessing, may the souls of Man be restored to glory and may we have peace on Earth and in our hearts, for time everlasting,

Mary had been venerated since Early Christianity and is considered by millions to be the most meritorious saint of the religion. She is claimed to have miraculously appeared to believers many times over the centuries. The Eastern and Oriental Orthodox, Roman Catholic, Anglican, and Lutheran churches believe that Mary, as the mother of Jesus, is the Mother of God (Greek: Theotokos lit. 'God-bearer'). There is significant diversity in the Marian beliefs and devotional practices of the main Christian traditions. The Roman Catholic Church holds distinctive Marian dogmas; namely her status as the Mother of God; her Immaculate Conception; her perpetual virginity; and her Assumption into heaven.