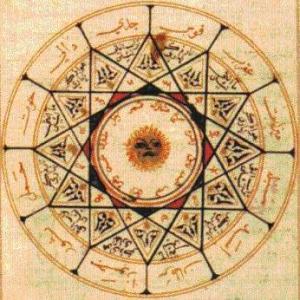 The Alchemy of the Soul

The Soul is the essence of our lives. Our physical bodies, in the other hand,  give us the location where we exist at a particular point in time and space.  It occupies a confined plane of existence:  the physical plane is a delineated and delimited dimension.  Its duration is ephemeral since the majority of our cells deteriorate and renew themselves periodically, with only a fraction of these physical cells present during all the entire period of existence of any given organism.

“Life is either a daring adventure or nothing. To keep our faces toward change and behave like free spirits in the presence of fate is strength undefeatable.”
~Helen Keller

What seems to us to be a stable structure is, ironically enough, just the opposite in essence. The physical perception constitutes nothing more than an illusion of substance. 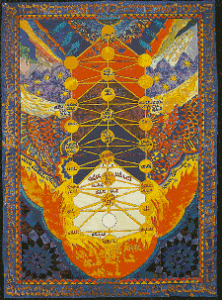 The Soul and the Body:

On the other hand, the extra-physical bodies of an individual are more subtle than the physical one, less substantial and concrete.  Nevertheless, we can say that they are more stable in nature because the sequences of transformation that tend to occur upon them are gradual and seem slow compared to the speed of the metabolically propelled changes inherent in the physical body.

From a perspective of spiritual psychology, not many people during their lifetimes undergo intense changes in their extra-physical, or spiritual, bodies.  As a result, they are not much more spiritually mature than when they were born. For these individuals, the evolution of the psychological “organisms” of these Souls was left to the mercy of the cosmic waves of unconsciousness.  They will undergo uncounted life lessons until the wisdom of awakening dawns on their Sleeping Souls.

This is the ultimate end of man, to find the One who is in him; which is his truth, which
is his Soul; the key with which he opens the gate of the spiritual life, the heavenly kingdom.
~ Rabindranath Tagore 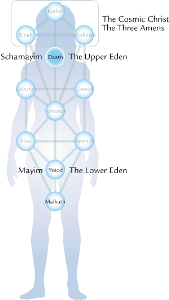 The Soul is, at its best, a vehicle of the self-consciousness. It is the receptacle where the secret transmutations of the Spiritual-psychological nature take place: the alchemical work is started within the Soul, and it is interconnected metabolically to the parallel work performed within the physical body. This is usually felt as a complexity of sensations that one can perceive, such as feeling good, indisposed, excessively tired or energetically wired.

We must point out that the Soul’s dimension of time is not limited by our regular chronological calendars, with its daily or monthly rhythms.  They are determined by the movement of the higher Stellar Beings, and they follow the much more complex structure of cycles than those observed by the human agenda. These cycles of expansion and contraction can be experienced through intervals of several years and employ important critical points such as “wake up calls”.  These phases have the power to align the Soul with its higher purpose, and sometimes drive the Souls through tough, physical demands.  At the same time, these stages also allow the individual to the experiences of purification and detachment, sanctioning for them the possibility to live the cause and effect of the transformations of the four subtle worlds or extra-physical bodies. 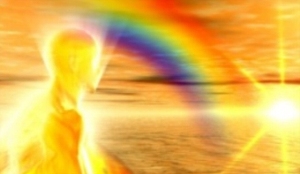 There is always a blessing in disguise buried behind apparently constraining situations. It may not seem so, but any ascending journey back to the source is by definition a little more “demanding” than the descending one, because it is the reverse of the way of Creation manifests itself: the journey passing down through the four worlds into the realm of matter. The ascending path presupposes the elevation, synchronization, and refinement of the subtle bodies, through the broadening of the levels of perception and consciousness of the individual.

We may also add that when a human Soul decides to transform itself into an integral Human being. With the expanded consciousness and a moral code of conduct (which is not to be confused with social code of conduct). The spirit slowly starts to open the doorways of possibilities, from where the Soul can leave the dominion of Samsara, permitting it to reach its cosmic existence, the Kingdom of Souls.

The Wheels of Providence I