The Occult Face of Violence

Esoteric Numerology is the art of interpreting the magic Symbols of each number and their influences as a whole in your life.

Since man became aware of his intellectual capacity, he gradually discovered the world around him and, consequently, himself.

With Esoteric Numerology, we find important parameters for understanding each of us's inner universe. Therefore, issues such as predictions for the future, lucky numbers, and other superficial aspects of everyday life contribute nothing to spiritual growth expansion.

Accurate studies tell us that Esoteric Numerology is as mysterious as the history of mankind. Numerology arose from the most remote times, being used in diverse and ancient philosophies, sects, and religions of the past, thus building the spiritual history of humanity. 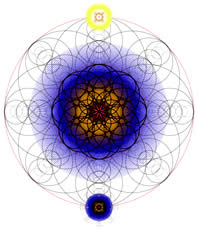 “The one that knows how to calculate the numbers of nature will find the eternal relationship among all things; the progression of the  unity, the Natural Laws, the relationship between the corporal and the spiritual, the diverse energies, the effects and consequences; they define the space, the duration of things and calculate the past and the future.”`
~ Eckarthausen, Of Numbers or Numeral Magic

The Natural and Supernatural History of Numbers and

The Tree of Life

We tend to refer to the  Tree of Life as the ten first integral numbers using the analogy of the Sephirotic Tree from the Kabbalah because they represent the ten creative emanations of the uncreated.

“Pure mathematics is, in its way, the poetry of logical ideas.” 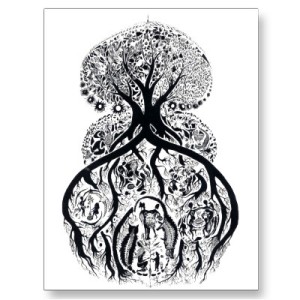 The symbolism attributed to numbers is not necessarily conventional.  They are the resulting fact of understanding the logic and analog of their genesis; starting from the Unity that emanates from the zero. In numerology, the Tree of Life and the Tree of Knowledge is the same.

In numeral symbolism, the zero is considered the source from which all the other numbers originated. It is a common understanding that all created things do not burst out from one unity, but from a vital space that functions as the prototype of existence.

In Kabbalah, the teachings place the cradle of all the numerical spheres, Sephiroth, as having originated from an unmanifested foundation, the Ain Soph, which means the uncreated, extemporal, and the unrecognizable source.

The Ain Soph, just like the Tao, represents the original “vacuum” from where everything came from, and from where everything will return. One can say that the zero and the infinite are the two sides of the same reality, inconceivable at first, but both constitute the primeval conditions of any system of existence.

“God does not care about our mathematical difficulties; He integrates empirically.”
~Albert Einstein

The uncomfortable notion of “nothing” certainly has disturbed many philosophers across the passage of the ages. The zero indicates nullity, or nothingness, meaning the absence of an entity. But this nullity is rich in potentiality and opens the ground for the field of unlimited possibilities. Thus the zero may perfectly represent the Divine Source. In the zero are contained all the created possibilities of the universe.

Plotinus mentions the supreme Divinity as the “Superessential” nothingness.  In Epicurean doctrine, the notion of the zero is referred to as the “inter-worlds” which means both the realm the gods and supernatural beings inhabit and space which divides different created worlds.

"Infinity is a floorless room without walls or ceiling."
~Author Unknown

Numbers and the Esoteric Tradition

In the esoteric tradition, the zero symbolizes at the same time the source of existence and the original Vacuum, or the open canvas in which all the existences can come into manifestation.  It is simultaneously the screen and the projector.  In the absolute, the Great Totality equals Itself to the Great Nothingness, because in it, nothing is differentiated.

“Only the vacuum is real, unique, and permanent. The supreme reality is only silence and emptiness”
~Arnaud Desjardin, “Les Chemins de La Sagesse”.

It is from our notion of zero that we develop our concept of Yin and Yang, the positive and negative; for in the zero resides the genesis of all equations.

The Mayans represented the number Zero as the spiral found on a nautilus shell, to also represent the periodic regeneration of life and creation.  The zero Point was considered an intermediary point between two cycles. Graphically it was embodied by Ouroboros, the mythical serpent that bites its own tail, which also represents the integrality of the perpetual renewal of the cycles.

The zero was also a Cartesian Doubt, in the sense of being the total disponibility to all the imaginable and unimaginable possibilities; we all restart from the zero, from nothing. The Celts called this type of nothing “cytraul”. They also differentiated it from another type of nothingness, one with a hellish and absurd nature, which they called “annouim”, the housing place of all the souls that chose to live beyond the grace of God.  Strangely enough, this place also is similar to the concept of nothing, but in the sense of emptiness.