“As above so below.”
~Alchemical  Axiom

This expression comes from the beginning of the ancient book, “The Emerald Tablet” and embraces the entire system of traditional knowledge which was adorned upon the tablet in cryptic wording by Hermes Trismegistus. The significance of this phrase is that it is believed to hold the key to all mysteries.

The Esoteric Astrologyof the Sabians interpreted the language of the stars in search of the understanding of the movement of life, especially the self-knowledge of who we are, where we came from and what is the purpose we are supposed to serve.  It encompasses the study of genetics, the analysis of the situations that we attract to our lives, the behaviors we develop in every sector and the lessons to be learned.

Since ancient times, astrology and its wisdom schools have been a major tool to map our life cycles, and it had permitted us to understand and have consciousness of the different levels of energies with which we are engaged as we partake of life on planet Earth. 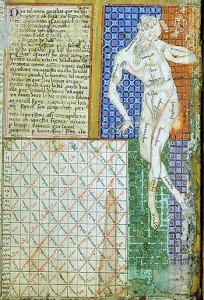 “Who are we? We find that we live on an insignificant planet of a humdrum star lost in a galaxy tucked away in some forgotten corner of a universe in which there are far more galaxies than people…We are star-stuff.”

After passing through the twelve zodiacal doors and learning the lessons that were assigned to us, we are directed to the seven inner-planetary chambers of the Temple of Wisdom and Knowledge.  These are our chakra system and the Solar chakra system.  With mastery of these, we gain access, through service, to the three last chambers which lead to the Understanding of the Supreme Cosmic Mind.

The way to Ascension is not an easy path; it cannot be conquered through empty rituals and meaningless decrees, neither is it found through just the use of the imagination without the element of intent. The Paths of the Spirit are usually permeated with challenges and hard lessons, and we may have many stopping points during the journey.  But there is no way to get lost, because, for all of us, the trajectory was already decided by the Soul, long ago, through contracts and agreements and self-realization.

All Souls started their evolutionary pilgrimage a long time ago, and they will continue on their journey until they become separated individualities and fully aware and conscious of themselves.

The pilgrimage of Human Souls through the twelve signs of the Zodiac permits the human evolution through the esoteric influence of those Constellations and their Stars, Suns, and other cosmic structures.

The first ways humanity used to relate to the elements of divinity within the universe was through the reference of the stars. For a broader understanding, these Celestial bodies are physical representations of higher consciousness manifested in different levels of Creation. It is known that the first cults in ancient times were oriented and understood as stellar cults. But it was more than a religious way to see and understand the world: it was a philosophical system and exegesis that ordained and gave reverence to the Celestial Beings that manifest, distribute and maintain the guidance and directives of the Primary Logos Mind, the ALL THAT IS.

The Sabian Tradition of the  Sabians of Middle Eastern tradition were a monotheistic religious group who worshiped in the names of Stellar Angels, just like the Babylonians.  They worshiped the Spiritual Beings in the universe, and because the celestial bodies were the most evident manifestations of some classes of these Spiritual Beings, this religion naturally became confused with the worship of the celestial bodies themselves as the dwellings or mansions of the Regents above, in, and behind the visible orbs. This was one of the very archaic religions of the human race, found all over the globe in various forms; and in its origins, Sabianism was undoubtedly an outpouring of occult teaching from the archaic Mysteries. Sabianism was unquestionably the main religious belief of the ancient Chaldeans and Assyrians, but also the foundation of practically all the great religions of all the great peoples of the past.

The Sabian organization of knowledge was brought back to us through the works of the astrologer Dane Rudhyar.  Their knowledge and expertise on mapping the stars gave the modern astrology the understanding of what it is called the Arabic points.  These include “the Lilith Point” and “the Part of Fortune” among other esoteric elements of the Astral Mapping of a Souls’ journey.

The Stellar Code™ system is just that, an intentional bridge built to connect the mind, heart, and spirit, through the development of our Divine connection with our Higher Self and the Higher Consciousness - All That Is, Mother/Father God, Godhead, etc. The bridge manifests itself through a series of activations of our energetic centers in our different subtle bodies.

The Stellar Code™ activations and attunements result in the elevation of our personal plane of consciousness to levels only reached before through intensive states of profound meditation and internal work. Through this system, an integration of ancient practices and direct exercises allows the individual to open the Secret Chambers of the Heart and set in motion the Divine Trine Flame of Love, Will, and Intelligence, which are the Cords the Lightworker, Lightweaver, and Lightwarrior.

Through the Stellar Code™ system, we can build a direct connection between the Lower Self and the higher parts of our eternal and Divine Self. The sequential activations of our Internal Divine Stars and internal awareness of their energetic manifestations, enable us with the access a new construct to work with a reorganized system of consciousness: a complete arrangement for evolutionary transformation.

The re-patterning of the frequencies and vibrations of our subtle fields allows the thinning and shedding of the subtle bodies densities, constantly raising the level of frequencies within our Matrix Field which positively affects our levels of physical health, and personal, transpersonal and spiritual relationships.

The Stellar Code™ system is  an ancient energetic method of self-discovery and self-realization. They mark the beginning stages of the creation of what we call, in the old tradition, the birth of the Crystal Heart.