The Occult Face of Violence

“Violence is not merely killing another. It is violence when we use a sharp word when we make a gesture to brush away a person when we obey because there is fear. So violence isn't merely organized butchery in the name of God, in the name of society or country. Violence is much more subtle, much deeper, and we are inquiring into the very depths of violence.”
~ Jiddu Krishnamurti

Every single living being on planet Earth endures, on different levels, some pain and suffering.  Independently of what level the suffering is operating on, it does have its mechanism and effects.  Every being, in the process of suffering, releases into the astral world a holographic “vapor” that can be perceived by other beings and entities of the other worlds and higher levels of consciousness.  In the Astral plane, the Law of Similarities acts to attract like energies and vibrations to each other.  These “fumes” gather together and mix with the vapors of many other beings until they form a dense mass very similar to an “Astral Cloud”.  The violence that we see manifested on this planet is a result of this mass of concentrated sufferings circulating as a collective thought form.

As strange as it seems, not every being has complete consciousness of the suffering they endure.  Some have difficulty even measuring or defining what pain and suffering is.  Suffering, in some form, commonly occurs in the lives of most sentient beings in diverse manners, sometimes dramatically.   Many aspects of human activity have elements of suffering, either directly or indirectly.  Suffering is a result of having a positive side of your life inverted.  Obviously, not every being is even aware of this inversion.  Pain is the inversion of pleasure; hunger is the inversion of abundance, dishonesty is the inversion of integrity; and all of these inversions comprise what we call suffering.  Each aspect of our lives has a quantifiable value.  When these values are positive, they fulfill their purpose of expansion and growth; when inverted, they cause suffering and pain. To cause suffering to another is to invert the values of someone's life purposely.

How Does this Affect Us?

All of us have experienced moments where we feel the proximity of this massive thought form of suffering.  Usually, we just sense its breeze and feel a tendency towards violence in some form. 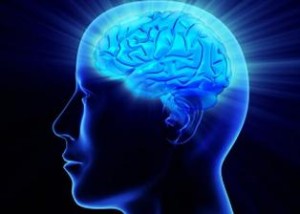 The assimilation of this powerful energy will greatly depend upon the mechanism of self-defense that each one of us naturally deploys as a shield against the effect of astral influences. The degree of manifestation of this violence runs the gamut from small, such as annoying a family member, to medium, such as an employer that does not respect the rights of his employees; or an employee that does not comply with the needs and requests of his employer; or can propagate to extreme, such as a tyrant who tortures an entire country.

Once the mass of suffering finds its transformation into violence, the individual will find his place changed in the duality game of polarities. Instead of inflicting suffering, they will eventually become the one that is the main object of the suffering. We see this with criminals; sooner or later their actions will be powerful enough to attract to themselves the nucleus of the cloud of collective mass suffering.  This is the Law of Karma in action.  It is also possible that the violence will trespass the fabric of space-time sometimes to reach the individual in another lifetime.

How are We Contributing with the Violence of the World?

“Much violence is based on the illusion that life is a property to be defended and not to be shared.”
~ Henri Nouwen

Everybody is quick to say that they are not violent and that they abhor any manifestation of violence, but they are not the same thing.  For example, some people hate to think about the violence against animals, but at the same time eat animals, forgetting that there was violence committed to providing the meal.  Violence occurs when people start to transform beings into objects and measure other beings’ right to exist according to their utility.  Young goats or cows become objects without the right to experience existence because they have been defined and quantified by their service in this world. When sterile human reasoning prevails, there is no emotion or guilt involved.

Every Living Being Experiences Suffering

“A man is ethical only when life, as such, is sacred to him, that of plants and animals as that of his fellow men, and when he devotes himself helpfully to all life that is in need of help.”
~Albert Schweitzer

It is true to say that Humans, animals, vegetation, and even minerals emit these types of vapors when experiencing suffering. But there are very peculiar details about the process of emission. A child would not release the vapor if she were reprimanded justly. The same happens with the vegetation when they are harvested with respect and balance. Many people that grow herbs know of this characteristic and they are very aware of the time of the day and how to collect respectfully.

It is said that the minerals at their turn will not expel the vapor if they are a harvest to serve a greater good. In this particular case, we know very little.

Animals are the ones that more easily expel the vapors of suffering. We are not saying that to be a vegan or a vegetarian is the only path for a conscious individual, nor, as some say, a higher path.  In fact, anyone who has seen large-scale agricultural harvesting is aware of the death of countless small creatures that share the fields.  There is still death involved in the vegan or vegetarian lifestyle.  What is important is that we are conscious of these sacrifices, and chose alternatives that minimize the suffering of other beings.

The act of depriving animals and other sentient beings the right to live, to interact with others, with the freedom with which they were born without feeling pain or hunger; these produce a lot of vapor which adds greatly to the collective suffering of this World.

“Compassion, in which all ethics must take root, can only attain its full breadth and depth if it embraces all living creatures and does not limit itself to mankind.”
~Albert Schweitzer

The Faces of Suffering 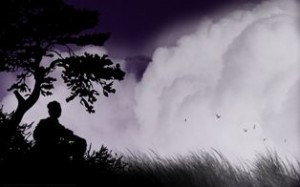 Without downplaying the extent of human suffering in the world, we cannot overlook the fact that the suffering of animals and their vapor are a major contributor, by the sheer volume of the collective mass, to the perpetuation of the cycle of violence in this world. The violence of accidents, disasters, epidemic diseases, are also caused by this cloud mass of suffering. Ironically the same science that proceeds with cruel tests on animals to find cures for Human Diseases ends up creating larger quantities of vapors that are the fuel for more violence, illnesses, and more suffering.

This massive vapor cloud can be stationary in some regions of the globe in different moments; but, in general, it moves slowly but consistently. Sometimes it grows so big and rapidly, depending on the interaction of humans, that it can influence an entire country.  It can affect groups of people that know each other or not.

What Can We Do?

Being now aware of how the cloud of collective suffering is created and feeds on itself, we understand that the only way to deal with it is through the pragmatic movement to diminish, if not eliminate, the suffering of beings that inhabit the Earth, human or non-humans.

It begins with each of us to be more conscious of our choices and to actively participate in the alleviation of the suffering of others.