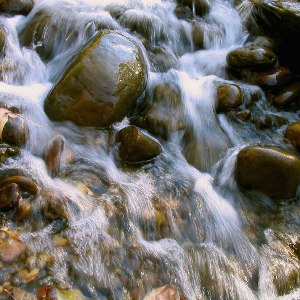 Lao Tzu was the most famous philosopher, mystic and alchemist in China. He is the author of the Tao Te Ching, or the Way.  He is regarded as one of the foundation stones of Taoism. Originally, the word Tao meant a specific line of action, probably a military one, because the ideograms that compose this word mean “feet” and “leader”. Lao Tzu interpreted the Tao as a way, the essence of the Universe. In a written poem Lao Tzu describe “the Way” as the emptiness that cannot be filled, but from where everything manifests from.

In his most famous image, Lao Tzu is portrayed as riding a buffalo, because the domestication of this animal is associated with the Path of Enlightenment in Zen Buddhist traditions.

"Don't think you can attain total awareness and whole enlightenment without proper discipline and practice. This is egomania. Appropriate rituals channel your emotions and life energy toward the light. Without the discipline to practice them, you will tumble constantly backward into darkness." ~ Lao Tzu

It is believed that he lived to be 160 years old. In his old age he received the visit of Confucius, who witnessed Lao Tzu reprimanding a young disciple for being too ambitious and prideful. Ancient tales said that Confucius was so impressed by the way of discipline of Lao Tzu that he compared him to a flying Dragon that can reach heavens and winds.

“I have just three things to teach: simplicity, patience, compassion. These three are your greatest treasures.” ~Lao Tzu

He is considered by some to be just a mythical figure in the unconventional universe of ancient legends. One of these tales declares that he was born already with an appearance of an aged man, from which he received the name Lao Tzu, which means literally, “old sage”. Others consider this legend to be just a metaphor to describe the antiquity of Taoism and its philosophical concepts which were antecedents of the Tao Te Ching itself.