Swabhava: The Soul Process of Self Becoming

Swabhava is a concept and term frequently encountered in Dharmic traditions.  It means essential nature or, simply, one’s essence [1].  In metaphysics, the essence of something is composed of the immutable characteristics of the “matter”. The opposite of essence would be the accidental change that can occur in them, giving it a mutable and changeable nature. Swabhava is what is inherent in the individual, the primeval function that does not depend on causal, temporal or spatial circumstances to exist: the true nature does not have an appearance.

"The subtle Soul sits everywhere, unstained:
As the all-pervading sunlight
does not change anything about where to shine,
the light of pure soul shines everywhere,
and those who, with the eye of wisdom, see
how the matter, and that relates to it, divide,
and how the fighting spirit and the flesh,
those wise ones walk in the way that leads to life! "
~ Shri Krishna Om

The pure immutable Self is not touched by these changeable movements.  It witnesses without judgment and supports, by its intangible eternity, the mutable human nature in its vicissitudes. The real soul of the individual, the inner being in us or who we truly are, is greater than these things but accepts them in its outward evolution as a natural process in Nature. Swabhava means one thing in the highest spiritual nature and takes quite another form and significance in the lower nature of the three dimensions.

Life is a lively process of becoming.
~ Douglas MacArthur 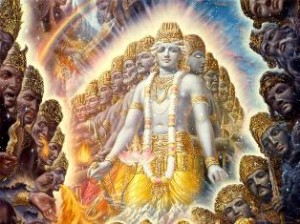 Swabhava is the Sanskrit word for “self-becoming.” Swa means “self” and bhava means “becoming.” Swabhava can also be defined as “the nature of an entity.” Everything possesses a prevailing characteristic, quality, or trait; and because of this, it means being responsible. We can only become what we are essentially. This concept facilitates the understanding of our evolutionary process. What we are is what we become. Anything in self-expressing its individuality manifests its Swabhava.

Life is a process of becoming, a combination of states we have to go through. Where people fail is that they wish to elect a state and remain in it. This is a kind of death.
~ Anais Nin

The Swabhava of something or someone is its Nitya-dharma, or eternal purpose, while the acquired nature is Nai mitt Ika-dharma, or occasional purpose. Those who retain the understanding of spiritual nature of life can truly differentiate the eternal function and the temporal one. On the contrary, those who do not apprehend the subtle character of these concepts easily can assume that the temporary or acquired nature is the same as the eternal dharma.

To better illustrate this concept, consider that water that has its Swabhava its fluidity. When it happens that the water solidifies and becomes ice, the acquired nature of solidity takes the place of the inherent one. In truth, the acquired nature is not perpetual; it is occasional and temporary. The changes come in and through the unfolding of the individuality, in its self-expressions or vehicles.

Life is a gift, and it offers us the privilege, opportunity, and responsibility to give something back by becoming more.
~ Tony Robbins 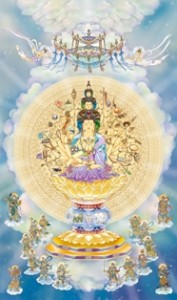 A genuine essence of a Being can sometimes be revealed as a distortion in this plane of manifestation, but it still continues inevitably inseparable from the quintessence of its Swabhava.  Its original nature will again reveal itself when the conditions, times and circumstances are appropriated. The human being is a marvelous composite of major and minor Swabhava.

The existence precedes and governs the essence. During our lives, as we experiment new capabilities and lines of understanding, we redefine our thoughts, actions, and personal philosophical bases; we acquire knowledge, which enriches our essence and facilitate its immanent process of becoming, or unfolding.

The Doctrine of Swabhava by Don Shepherd
The Theosophical Society Archives: http://www.blavatskyarchives.com
Studies in Occult Philosophy by G. de Purucker

[1] In philosophy, the essence is the attribute or set of attributes that make an object or substance what it fundamentally is, and which it has by necessity, and without which it loses its identity. Essence is contrasted with accident: a property that the object or substance has contingently, without which the substance can still retain its identity. The concept originates with Aristotle, who used the Greek expression to ti ên einai, literally 'the what it was to be', or sometimes the shorter phrase to ti esti, literally 'the what it is,' for the same idea. This phrase presented such difficulties for his Latin translators that they coined the word essentia (English "essence") to represent the whole expression.