Angelic Humans, or Homo Angelicus, partake of many innate mystical abilities that pertain to the other Universal Celestial races. The main differentiation between these two lines for the development of Consciousness of the Angelical line of evolution is that generally, Celestial Angelic beings possess bodies which are not necessarily physical or spiritual exclusively and can affect both spiritual and physical dimensions simultaneously.  Angelic Humans, however, present the necessity to experience life and service through the utilization of the corporeal aspects of manifestation.

"You have made them a little lower than the angels and crowned them with glory and honor."
~Psalm 8

Different from Humans, the Celestial Angelic being does not necessarily need to employ a shell, or physical body, to host their souls because their spiritual souls are already transcendentally materialized.  Metaphysically speaking, the Celestial races are spiritual consciousnesses that can retain a “material” form even when in the realms of spiritual supra-dimensionality.

The Celestial Angelic beings are neither “alive” nor “dead”, not “undead” either. Because their “spiritual” bodies are composed of “celestial flesh”, their bodies are the manifestation of their souls.  While they still present anatomic and physiological similarities with Human and Angelic Humans, they do not depend on the performance of vital organic functions like Human and Angelic Humans do. They depend almost exclusively upon Divine Light to exist.

(Angels are Men without bodies) 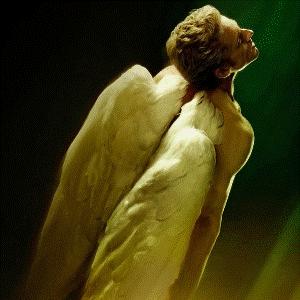 Angelic Humans, also known as Earth Angels, present many traits that pertain to the original Celestial race; however, the isolation suffered through embodiment can significantly affect the way they relate and anchor their numinous abilities. The odds of physicality can also bring numerous distortions such as Unbalanced sympathetic forces.  This is due to the dysfunctional merging with others. Angelic Humans often have difficulties in distinguishing true compassion from the overly sympathetic identification with the feelings, thoughts, sufferings and actions of others. Undoubtedly, the undefined boundaries can predispose these beings to experience emotional confusion and oversensitivity, because they can easily become sponges of emotional and psychic debris. There are plenty of physical illnesses that are extremely common in such beings; most of them are originated from the distortions caused by the Solar Plexus level. These can be very concerning disorders because they can generate emotional vulnerabilities, arresting the Angelic Human’s soul to a state where it has to unground itself to disconnect from the source of the unbalance, challenging its self-transcending strength through the loss of the soul’s will.

Angelic Humans do not respond well to fear, especially when it is in conjunction with other lower emotions, because of their ability to merge naturally with their environment, it makes almost impossible to them to define which experiences are from outside and which are the ones that are coming from the reality of their own selves. 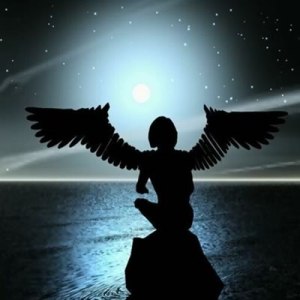 Difficulties with the humanization of their Cosmic Consciousness and translating it to their relationships implies that the Angelic Humans may find it difficult to develop intimacy with others and, at the same time, they may present a tendency to be co-dependent in their general affairs.

Another challenge to these beings can be the acceptance of the incarnation in a regular human life and a sense of being imprisoned in material form.  This may greatly delay their development in Earth School because they unconsciously create a holding pattern in accepting the responsibilities pertinent to their position and participation in earthly life.

Besides the differentiation in the way they relate to their environments, the main distinction between Humans and Angelic Humans is the manner they interact, manifest and play out their dharma, or life program, in their lives. By definition, they have retained a different level of understanding through the spiritual traits they inherited from the Celestial Angelics.  Their Adhikara, or body of knowledge or expertise, is naturally ranked higher than a regular human being. The custody of this specific aptitude does not mean that these transcendental gifts automatically and inevitably awaken, or are properly utilized by every Angelic Human.  It is known, in fact, that they tend to initially to play down many of their own gifts in order adapt themselves faster to their earthly realities and to be accepted more easily by others.

Like any other spiritual being having a material experience, the Earth Angels are bound to the same dimensional laws of the places upon which they have taken incarnational experiences. The novelty is the level of operational free will, which is usually higher than that of a regular human because the different level of authority and Adhikara automatically implies different rights and different modus operandi in the way they deal with the peculiarity of their dharmic relationships and with their life assignment.