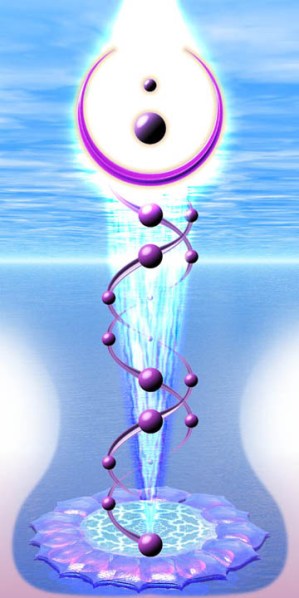 “Those who live by these divine laws without complaining, firmly established in the faith, are released from karma. Those who violate these laws, criticizing and complaining, are utterly deluded, and are the cause of their own suffering.”
~ Bhagavad Gita

On the pathways of Earth School that are many lessons to be learned by a soul. Among the plethora of experiences, there are those of the two superior Universal Laws of Karma and Dharma that are needed to be understood to give us the proper knowledge in how to conduct ourselves harmoniously within the superior order of the universe.

Every action activates a reaction; good or bad there is always a consequence.  There is no effect without cause or action without consequence. Every situation manifested in one’s life is a fantastic opportunity for generating experience and knowledge that is an immeasurable resource for the advancement of the soul, being both as a registry and expansion of consciousness, or Adhikari.

The Wheels of Dharma

Dharma is a Sanskrit word that means “Natural Law” or reality. Dharma is a basic philosophy and practice that had its origins in India and with the most remote form of Dharma being the Sanatana Dharma, meaning eternal Dharma.

In Buddhism, Jainism, and Sikhism, Dharma also has an axial role. In these schools of wisdom, beings that live their lives in harmony with the Dharmic Universe can rapidly reach Moska, Dharma Yukam or Nirvana; in other words, to complete liberation in an efficient way from the Wheels of Samsara. 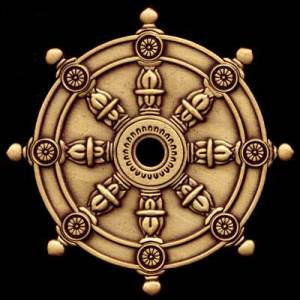 In Buddhist teachings, the flow of the Dharma can be compared to wheels that can travel from one country to another, according to the flow or movement of circumstances and conditions, such as the Karmic inclinations of each individual.

As a moral doctrine, Dharma presides over the duties and rights of the individual, and it usually references an activity or spiritual task. It can also refer to social order, rules of conduct, or simply virtuous living.

Dharma, as a spiritual law, is absolute in Divine Justice and may reside beyond most people’s comprehension due to their being in attachment to a finite and limited earthly reality. The “rains of purification” will keep falling until people are willing to break the Karmic cycles by healing the self.

The Dharmic Law has, at its fundamental base, the exercise of Justice (or adjustments) and Mercy.  Justice without Mercy is tyranny.  Mercy without Justice is complacency. The diagram of this Universal Law can be perceived through the existence of the two pillars of the Tree of Life: the Severity and Mercy, and summarized through the archetypical representation of Lady Justice’s Scale.

“The idea that the deceased could air his grievances about someone else in the hereafter, and also be called to account for his actions, was known in Egypt from as early as the 4th Dynasty. Also, the Pyramid Texts contain references to a judicial investigation into the king's conduct (...) According to this concept, the instrument of justice is the weighing scales - the human heart is put into one side of the scales, after all, it knows everything about the actions of its owner, and weighed against a feather, the symbol of Maat[1]”. 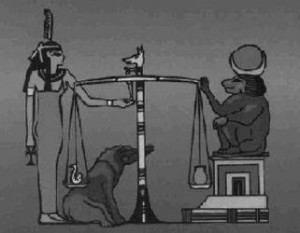 The Judgment, or adjustment of the level of our consciousness, and the consequent deliberation of our new Karmic experiences come from a council of supreme Consciousnesses completely expanded and awakened. Esoterically, this “body” of Consciousnesses is called the members of the Divine Justice Tribunal. This Tribunal has as a function the measurement of the level of awareness of each soul, weighing the activities, intentions, and effects as the consequence of our actions.

On the walls of the pyramids and tombs of Egypt, there are many representations of this Divine Tribunal. Most of them present the god Anubis as the “Executive-Judge” and 42 other beings, the body of Consciousnesses previously mentioned, as the other judges. In the Egyptian pantheon, Anubis is the God with the duty to weigh the hearts of the recently dead and to determine their fate.

The Meaning of Adhikara