Common wisdom says that we are all where we deserve to be, because our intentionality, our Adhikari (character, innate gifts, and temperament), places us in a determined dwelling in life. The development of mindfulness, and the way we work our intentions and thoughts can enlighten our life and trace a successful pathway.

The level of the intentionality of the human being depends on the relationship between the individual with others and the contact with other’s desires and emotions. Without reciprocity of Intentionality, there is no room for personal growth or the study of the emotions and sensations. Without these elements, the existence of intentionality is impossible.

In a human body, the  Human brain, and the Human heart is the primary organs that organize and command the stimuli of life. The philosopher Plato taught that the human head was the miniature of the universe. Protected by the skull, the brain occupies the prominent position of the body, coordinating all the corporal movements, physical sensations, registering memories, reactions, and emotional states.

The Human brain works in perfect unity with the cardio-respiratory system. Through our Brain, with its 14 billion of cells, passes a half of liter of blood each minute.

The  Human Brain is logic and rational on its left side, intuitive and creative on its right side; emotional and sensitive in its limbic system, and coordinates the automatic reactions and vibratory patterns from the stem located at the top of the spine. The Brain is one of the most complex organs ever created by nature, not only in human beings but every being. 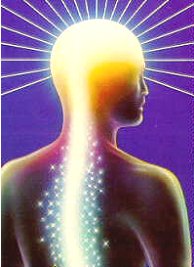 According to the Eastern Wisdom, there are seven cavities or empty spaces inside of the human brain. Inside of these spaces, there is only Akasha or “Astral Light”.  These spaces function as the connection between the being and the spiritual world. In the ancient world, they called these cavities the “Chambers of the Gods” because they believed that the human brain (and the entire human body for that matter) was a sacred temple.

The esoteric concept of the human body as a temple continued to replicate as truth throughout the ages and today is a cornerstone of many religious orders of the modern world. The Alchemists considered that the spiritual virtues and gifts were captured by the brain under a form of morning dew. Both the Rosicrucian tradition and Kabbalah use the same imagery to describe the intuitive process which the Brain utilizes to acquire and retain the emanations from the Divine Cosmic Mind.

This “Cosmic Dew” is also referred to as the Manna from Heaven mentioned in the Old Testament of the Christian Bible, and is also referenced in Kabbalah and Alchemy, is Divine nourishment sent from heaven and, by definition, is eminently spiritual.

That evening quail came and covered the camp, and in the morning there was a layer of dew around the camp.  When the dew was gone, thin flakes like frost on the ground appeared on the desert floor.  When the Israelites saw it, they said to each other, “What is it?” For they did not know what it was.”
~Exodus 16, 13-15 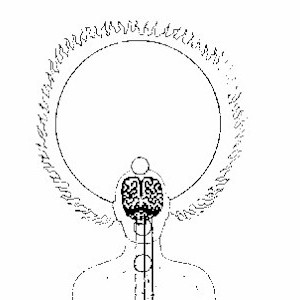 The same reference to this spiritual ‘food” is also found in the New Testament of John, where Master Christ Jesus confirms the significance of the spiritual dew as the primary source of divine inspiration and spiritual transformation. Only the “crystalline and pure” minds can apprehend this gift and replicate the benefit to the rest of the body.

“For the bread of God is the bread that comes down from heaven and gives life to the world. Sir, they said, always give us this bread. Then Jesus declared, I am the bread of life. Whoever comes to me will never go hungry, and whoever believes in me will never be thirsty.”
~John 6:33-35