Mercury represents the mind and the intellect in Karmic Astrology.  It also represents speech, the ability to communicate through verbal and written means; self-orientation, which is the capability to exercise logical and critical thinking; and the use of the soul knowledge. Mercury is a powerful resource that allows the individual to make decisions based on the spiritual guidance and instructions received before the present lifetime.

In a karmic birth chart, Mercury would show, not only what the individual brought from past existences, but also the karmic aspects that may manifest during this lifetime over the mental body. Some of these patterns can be denoted by a limitation in exercising an open mind, difficulties in relating to others, and many types of learning disabilities. It is almost as if an individual profoundly afflicted by a retrogradation of Mercury must overcome all the barriers in his mind before he can operate in this life with clarity of mind and purpose. These mercurial blockages can delay the development of many areas in the life of a being, creating ripples towards other areas of their life, including disturbances in the extra-physical bodies, such as the emotional one.

Most certainly, these impediments can hinder an individual’s capability to render clear judgment and make wise decisions, even when they have been educated and alerted previously about some aspects of the situation they are facing. Affected Mercury on one’s map can determine the lack of practicality on one’s actions and attitude.

When the karmic affects of Mercury freeze the mental plane of one’s soul, we can witness the consequences through various sets of behaviors, such as emotional instability, aggressiveness, excessive display of pride, and even an overall attitude of intolerance. Also, being a planet of very fast movement, Mercury may incite the individual to a behavior of restlessness, to always be moving, never settling and never grounding.

Lack of organization skills, distress when dealing with details and a big attraction to vanity, as well as for recreational pleasures, are some of the underlining characteristics of karmic aspectations that can be affected Mercury in a birth map. 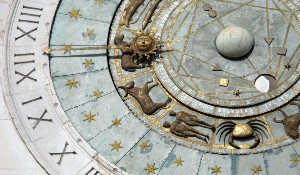 In other words, we note that Mercury can heavily affect one’s current lifetime karmically, permitting the individual to behave as a strange child, self-centered, impatient, unseasoned and emotionally weak; and reacting to this without self-reflection. The person may also present the tendency to start many projects but incapable of finishing any of them. It is not uncommon that the individual will display later regret missed opportunities in life.

An excellent characteristic of the Mercurial aspectations is an innate curiosity in the pursuit to understand why is so difficult to comprehend and accept their lives.

Someone with a Karmic aspectations of Mercury on his birth map would benefit immensely from learning discipline, the learning of clarity of intentions, and the use of method when acting or implementing actions. The Healing aspect to this karmic configuration manifests when the soul conquers the stubborn personality, releasing it from its self-serving tendencies and introducing the concept of personal spiritual success to the service to others.