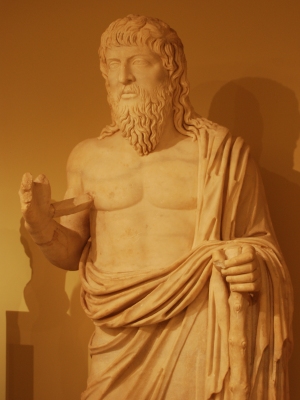 Apollonius of Tyana was a Neo-Aristotelian Philosopher, from the town of Tyana, in the Roman province of Cappadocia, in Asia Minor, in the first century of the Common Era.  He is considered a contemporary of Christ and was regarded as one of the most remarkable prophets of the ancient times. Like Pythagoras, Apollonius was famous for living an ascetic and austere life.  He was gifted with ample powers of thaumaturgy, with many healing abilities and with deep psychic gifts, including the capability to expel demons. Born of a rich family, he was educated at Tarsus and the Temple of Aesculapius at Aegae. It was also said that Apollonius of Tyana received extraordinary initiations from the great Sages of Shambhala.

Many things have been said about the character of Apollonius, including him being a man with mild manners, always serene and very slow to anger. Like Jesus the Christ, Apollonius had a way with words and was an innate teacher.  Like many of the Pythagoras'  disciples, Apollonius strongly believed not only in the immortality of the soul but also in its transmigration or evolution through successive reincarnations as a necessity for bodily and soul purification. To keep a vow of silence for five years, Apollonius left Greece to visit Asia; traveling through Nineveh, Babylon, and India. He studied the Eastern traditions and Mysticism from Magis, Brahmans, and High Priests. On this journey, he met his companion Damis, who was the one to keep the registry of the Centennial life of Apollonius, with all of the incidents and miracles.

Apollonius traveled through many countries, following the footsteps of Pythagoras until he got to India. Apollonius considered himself an adept of Escallop, or Asclepius, the mythical hero who became known as the father of medicine. Well-known for his moral integrity, Apollonius was also famous for his numerous travels to India, the Middle East, Africa and Europe; taken for the purpose of learning, besides his Orphic-Pythagorean doctrine, other spiritual doctrines, especially the Indian Vedas. In was in Nineveh that he met Damis, and it is said that together they left to a journey through Nepal and Tibet with the intention of reaching the “Mansion of the Sages,” a place that, according to Eastern tradition, houses the enlighten souls of the Initiates of Humanity.

With the exception of Jesus Christ, Apollonius is the most interesting character of the history of the ancient western society. He was a center of controversy and debate, especially from the Fathers of the Church who saw in Apollonius a rival of the miracles and history of Christ. 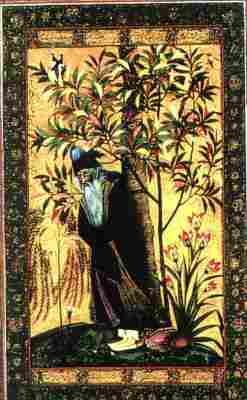 He lived a simple but austere life, filled with discipline and spiritual rituals. Through hi many travels, he procured to bring back to the public cults the purity of the old traditions. At dawn, he practiced spiritual exercises by himself, the benefits and instructions of which would only be passed to those that could pass through the discipline of 5 years of silence.

The legend says that he practiced celibacy and gifted everything he inherited to the poor and needy. He was opposed to the sensual pleasures and violent displays of the gladiator arenas. He was an advocate for vegetarianism and spoke firmly against animal sacrifices in the temples of various religious orders, as he believed that no one had the right to take another life. Apollonius was a man of prayers and contemplation but, amazingly enough, he despised the idea of a God that would change his purpose of attending to human prayers and pleas. For him, the Beings with whom a person could make pacts were not deities, but were, in fact, less than humans.

Apollonius of Tyana was highly regarded as a theurgist practitioner. Theourgos, or Theurgy, is the art of communion with God through ritual prayer and invocation that allows the descent of God’s energy and consciousness into the heart of the one willing to know and become One with Him.

Apollonius was very popular in his time, performing many miracles and healings that surpassed the accounts registered by the Master Christ Jesus. He was received with open hearts in Alexandria, the same way Jesus was received In Jerusalem.