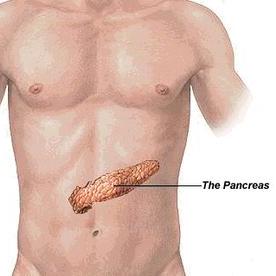 The Pancreas is a multifunctional Organ.  It is partially considered as a gland without ducts.  It is a gland in a leaf shape of approximately 12.5 centimeters. It is bordered by the stomach and by the walls of the duodenum. It holds two principal functions:  The secretion of a liquid that contains digestive enzymes to the interior of the duodenum, and the secretion of the hormones insulin and glucagon, necessary to process and metabolize sugar for the blood stream. All the digestive fluids of the human organism are discharged into the duodenum.

"Most of the information given in connection with the pancreas is strictly physiological, and, therefore, out of place here. Suffice it to say, however, that it lies in the abdomen and is close to the solar plexus (which is the brain of the instinctual animal nature) and is closely concerned with the "mobilization of energy for physical and mental purposes. It has two secretions, both insulin, one concerned with the digestive processes and the other known to be vital to the metabolism of sugar. Without sufficient sugar for the cells, no muscle work or nerve work - essentials in the struggle for existence - are possible."
~ Berman, Louis, M.D., The Glands Regulating Personality
Excerpt from The Soul and its Mechanism - Glands and Human Behavior by Alice Bailey

The German medical doctor, Arnold Krumm-Heller from the University of Berlin, declared in his course about the Zodiac that the Virgo Constellation has influenced the abdomen, especially over the Islets of Langerhans[1]. The pancreas is a dual-function gland, having features of both endocrine and exocrine glands.

In the Chinese theory of five elements, the stomach, spleen, and pancreas energies are associated with the element earth, the foundation of our beings, giving us steadiness and strength to function as human beings. The earth element is thus correlated to the bearing of children and founding solid relationships. The spleen is the major organ that processes the Prana facilitating its absorption by the body and other organs. Located in the Solar Plexus region, the energies of these three organs transmit to the organism the sense of equilibrium, emotionally, physically as well as nutritionally.

The Pancreas is a reservoir of energy.  It is an organ of stability and therefore tends to resist changes and general fluctuations of moods and environment.  Because it keeps the main reserve of the energy of a body, it keeps its purpose of guaranteeing the survival of the Being. The main energetic meridian that acts through this section of the body applies its influence over the Spleen and the Pancreas, in a combined action; the Spleen regulates the blood, while the Pancreas regulates the reserve of Glycogen in the Liver through the secretion of insulin.

The influence of the Pancreas can be seen as a general role of support for the organism through the mental, moral and intellectual development of the being.  It is also known to impact the genital system and indirectly the waves of psychism and sensibility. In this role, the Pancreas can be responsible for hiccups, indigestion, diarrhea, and general indisposition. Indirectly, it may also have a certain influence in problems that may occur over the central part of the body.

The Pancreas is the main organic structure that processes the emotion of fear because its function is to maintain the stability of the organism and any threat at the emotional or physical level can cause a structural imbalance entire system. Because the Pancreas is intimately connected with the physiology of the Soul through the fields of emotion and primary feelings, and indirectly to the nervous system, any violent emotion or attack received by the organism will immediately paralyze the digestion, consequently affecting the production of insulin and the liver. It is at the Pancreas level that occurs an evaluation and separation of what elements, emotions, and circumstances are proper for the being, and how the changes may have to be made for the continual survival of the organism.

Diabetes is caused when insulin production of the Pancreas is exhausted, declines and may cease to be produced. Chronic feelings of despair, anguish and hopelessness are the cause of this illness. When a person loses the sweetness of life and becomes burdened with the struggle of life, through self- bitterness, self-rejection, self-hatred, it is not uncommon for diabetes to surface.

[1] The Islets of Langerhans are the regions of the pancreas that contain its endocrine, or hormone-producing, cells. 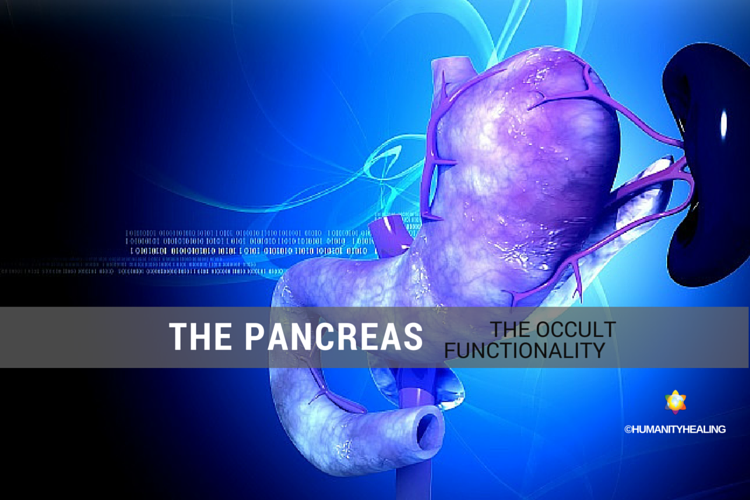