[dropcap size=big]o[/dropcap]ld Christianity like in any and every religion of the past, had an occult side which had custody of Mysteries and Initiations that were sought by eminent men of their time. Most of these ancient religions profess to be custodians of a Gnosis: Divine Knowledge per se.

Modern Christianity, in opposition to the other religions, declares not to have Gnosis, offering a simple profession of faith instead without offering profound knowledge.  If this statement were to be the truth, it would be unfortunate as Christianity would be classified as only a one-dimensional spiritual/religious practice, destined only to one class of individuals and not to be the real “Universal Church” intended by its creator.
“Then you will know the truth, and the truth will set you free.”
~ John 8:32 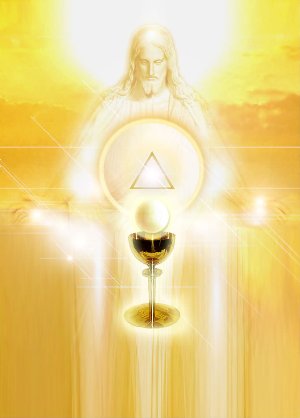 In any school of Wisdom and knowledge, it was customary to introduce to the disciples first the “Minor Mysteries” and then the “Major Mysteries,” where the emphasis was given the authority of the teachings. Undoubtedly, modern Christianity has lost its mystical and esoteric teachings, and its effects have been observed especially among more educated people. It is no surprise that many intelligent and highly ethical people have strayed from the churches because of the current teachings of the church, as they regard them as contrary to their sense of morals or an attempt against their intelligence.

We cannot say that that the actual expansion of agnosticism is due only by the conditioning and cultivation of a modern concrete mind, but also due to a number of contradictions of teachings from the diverse authorities. This is especially in regards to the concept of God, Men, Universe and how all they relate to each other. The truth of Christianity was intended to liberate the minds of men, not to transform them into slaves of dogma and discrimination, and puppets of selected elites.

One cannot deny that there is something missing in today’s Christian religious vision that was prevalent and vivid in ancient times.  Christianity was a doctrine that captured the attention and the spirit of men in that time, completely changing their lives.  As a doctrine and practice, it was regarded to be noble enough to die for, and many in the early church accepted martyrdom. Where is this silver lining, what was that they had back then?

The rebellion against the Christian teachings came from the dishonored concepts about the anthropomorphic characteristics of God, and the degradation of all of the philosophical instructions given by the Master Jesus; inputting on them such a simplistic connotation that only the ignorant could really understand it. 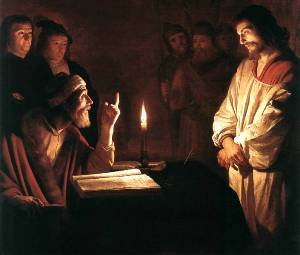 The Protestants preached that nothing should be taught except the lessons that could be understood by the simple mind, because of the power of the Gospel, they say, resides in its simplicity, therefore, the ignorant and the child would be able to understand it and apply it to their regular lives.

No doubt the Master understood this necessity to spread wide and beyond the teachings, but he did adopt a series of techniques that facilitated his way of disseminating the Divine word: Jesus used the resource of storytelling, the parables, to illustrate the moral teachings and prescriptions of healthy and conscious living. But it is also the truth that the same Master, at the end of many stated wisdom declared.

This expression is frequently used by the Master Jesus Christ. It is a proverbial expression, implying that the highest attention should be given to what was spoken, but also reemphasize that the ones that have more faculty of understanding should gather the teaching in its deeper meaning.