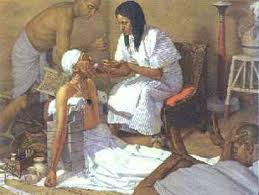 Ancient Healing in Greece: Epidaurus was an ancient Greek city located on the shores of the Aegean Sea. It was celebrated by the temple dedicated to Aesculapius, the God of Medicine. Epidaurus was acknowledged as the health center of all Greece. The asclepieion at Epidaurus was the most celebrated healing center of the classical world, the place where ill people went in the hope of being cured. Once they arrived, they were received by priestesses and healers. After a preliminary conversation and tour of the place, they received a medicinal potion to drink with curative herbs that were to help him to sleep for two or three days. To find out the right cure for their ailments, they spent a night in the enkoimeteria, a big sleeping hall. In their dreams, the God himself would advise them what they had to do to regain their health.  When he woke up, it automatically started a period of deep reflection and self-criticism, supported by conversations with the priestesses to identify what was wrong in their lives.

To find out the right cure for their ailments, they spent a night in the enkoimeteria, a big sleeping hall. In their dreams, the God himself would advise them what they had to do to regain their health.  When he woke up, it automatically started a period of deep reflection and self-criticism, supported by conversations with the priestesses to identify what was wrong in their lives.

Each has its lesson; for our dreams in sooth, come they in the shape of demons, gods, or elves, are allegories with deep hearts of truth that tell us solemn secrets of ourselves.
~Henry Timrod 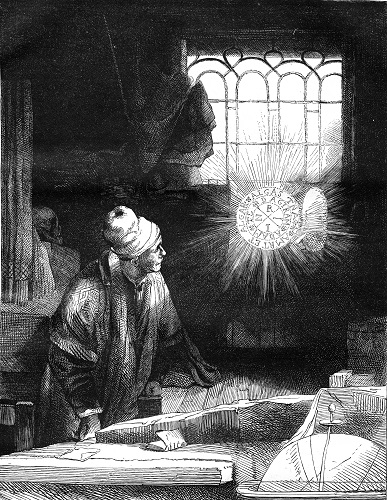 Unlike today where health problems are solved with medicine and hospitals, to the Greeks, the physical and mental health -and its ancient healing practices would be issued closely related to individual lifestyle and, especially, the degree of satisfaction and love that people manifested in their lives. To be healthy, they looked with more affection at themselves and were much more involved with their own destinies; this could put them in constant struggle in the exercising of their talents to make them real in the world.

They used to say that people should consult their Daemons[1], their “inner light” of wisdom. It was said that the medicinal teas of Epidaurus would put people in a state of relaxation which would nourish a meeting with the Higher Self to revive within the individual the deep motivations long forgotten, and the ideals, ethics, and dreams suppressed by the demands of everyday life.

Socrates[2] himself claimed to be guided by his Daemon in the speeches he left to us through the works of Plato.  Some Characterizations of the daemon as a dangerous, if not evil,  entity or lesser spirit were developed by Plato and his pupil Xenocrates, and later immersed in Christian patristic writings along with other assimilated Neo-Platonic elements.

In Hesiod's Theogony, the people of the Golden Age, such as Phaëton, were transformed into daemons by the will of Zeus, to serve mortals benevolently as their guardian spirits; “good beings who dispense riches… nevertheless, they remain invisible, known only by their acts”. The daemon of venerated heroes was localized by the construction of shrines, so as not to wander restlessly, and was believed to confer protection and good fortune on those offering their respects.

The Awakening of The Cosmic Heart

[1] Daemons are good or benevolent nature spirits, beings of the same nature as both mortals and gods, similar to ghosts, chthonic heroes, spirit guides, forces of nature or the gods themselves

[2] Socrates claimed to have a daimonion (literally, a "divine something") that frequently warned him - in the form of a "voice" - against mistakes but never told him what to do.