An Essay on the Nature of our Spiritual Understanding 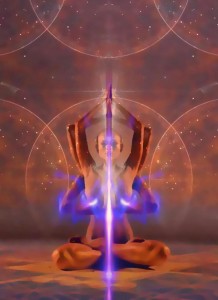 To retain a general mental capacity requires, among other things, the ability to be rational, to plan ahead, to solve problems, to think abstractly, to comprehend complex ideas, to learn fast and to learn through experience. Intellectual training is not a literary learning process, nor is it the ability to obtain good grades.  It refers to a more ample concept: the capacity to perceive and understand in depth the world around you.

The struggle for existence holds as much in the intellectual as in the physical world. A theory is a species of thinking, and its right to exist is coextensive with its power of resisting extinction by its rivals.

When we refer to someone as “intellectualized” we are talking about an individual that holds a great amount of information about diverse issues, but also as someone with a certain familiarity with the art of thinking intelligently and rationalizing over these topics. We know, nevertheless, that the real characteristic of a clever mind is the ability to solve problems with ease and precision.

But is a good intellectual background enough to develop sagacity, perception, and mindfulness? Our answer is no.

What makes an individual express perceptiveness is a mix of genetic background, spiritual will or predisposition, and education; not only training and education. Any school can train an individual to think logically and critically, but they cannot necessarily train anyone to be creative and resourceful. Intelligence is a dynamic phenomenon, while education is a static one. Everyone knows that it is possible to discuss for hours about subjects with no passing of relevant content among individuals. The intellect when devoid of the luminous influence of Spirit is just as a false light that preserves itself through the exercise of speech, not necessarily creating anything new.

The intellectual argument, per se, is often slave of the code of beliefs of an individual and rarely is manifested through an outcome that involved spiritual insight or self-reflection, but instead, it reveals itself as an expression of cultural tradition and preconceptions.

“Man is not logical, and his intellectual history is a record of mental reserves and compromises. He hangs on to what he can in his old beliefs even when he is compelled to surrender their logical basis.”

The same way we distinguish the intellectually insightful from the cultured and creative individuals, it is important to differentiate the concept of intellectualized beings and evolved beings.

From the mystical perspective, evolution refers to a process of increasing the ratio of Universal consciousness on one Individual’s life. This process naturally unleashes a sense of social and global responsibility, an increase of Altruism, the sense of duty, service to others, and compassion to all the sentient forms of life, not only the human ones. An advanced human being, touched by Divine Grace, does not need necessarily to be extremely intellectualized, even though most of the intellectuals we meet tend to show themselves as highly evolved. The premature judgment of their character based upon the number of books read, or titles that they collected through life, can cause disappointment to the gentle soul; the confusion between these two concepts can muddle the waters of reality.

We are not saying that ignorance and misery contribute to the spiritual progress of humanity; no real school of wisdom will reinforce this idea. As one chooses to trail the spiritual path, one should be vigilant and mindful of an ever increasing intellectual development, but also should devote time to improving sensibility and sensitivity through art, music, literature, sculptures, etc.

Aside of this, it is critical to advance in the taming of our emotions and feelings, as they are an important part of the vehicle of our personalities, especially those that are repressed and neglected. This would constitute the necessary trails on the path of self-realization and self-knowledge.