I remember as a child in elementary school watching a movie about the start of the American Revolutionary War called, “The Shot Heard Around The World”.  Today, as an adult, I know that through the course of history, there have been many of these “shots”. 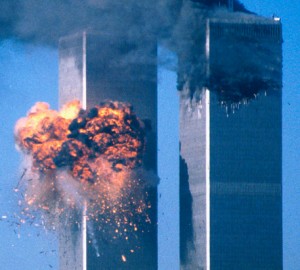 The tragedy on 9/11, when a group of radicals, misguided and misinformed about the true tenets of their faith, crossed the line into terrorism by hijacking planes and crashing them into the twin towers of the World Trade Center in New York and the Pentagon in Washington, DC. , was one such “shot”.

And the world bled from the shot.  On 9/11, not only the United States came together in grief at the barbarism, but the world stood in respectful solidarity at the attack to humanity.  Individuals from all faiths and from the four corners of the world, stood together in remembrance of the truth that we are all ONE Humanity and bowed their heads in grief.

The world is still bleeding.  From a position of solidarity against terrorism, mankind has fractured into “us against them” groups.  Small separations in the form of differences are now viewed as chasms.   I spoke to an old friend the other day with whom I had not spoken in years and was astounded at his conviction that all Muslims were ticking time bombs just waiting for the call to go out from Islam to murder their Christian neighbors and establish Sharia Law in the United States.  This is what the architects behind 9/11 wanted:  to drive wedges between different Faiths and to use the resultant chaos to rise in political power.  Make no mistake – it IS about political power and the ability to force their opinions on others. 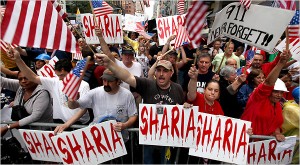 It has been this way since the Middle Ages and the First Crusade.  Despite the fact that there have been centuries of peaceful coexistence between the Faiths of Judaism, Christianity and Islam; there is always some demagogue who will play on people’s religious beliefs to garner power for themselves.  Can anyone not think that this “pastor” down in Florida calling for a Koran burning was doing it for any reason other than to get attention and probably some hefty donations from like-minded bigots?  The sad thing is we gave him the attention he didn’t deserve.  Why do we allow this?  The news here in the West is all about what the radical Muslim extremists are doing in the Middle East.  The news in the Middle East is all about what radical Christian extremists are doing here.

God, please deliver us from the radicals in all religions.

I was raised as a Christian, but today I consider myself more as a “follower of Christ”.  You will note that Jesus made a point to reach out to those who were outside the “mainstream religion” of his region to share compassion with others.  He even did it with those “unclean” Samaritans!  Imagine that...

The chief weapon of radicals of all faiths is ignorance.  With education comes understanding and tolerance.  It is not well known among many Christians that Islam respects and reveres Jesus (who, by the way, was Jewish) as a great prophet and teacher.  I believe we can all respect and should emulate his example of reaching beyond the boundaries of our individual religions to share compassion with others.  With a little research, you will find that Compassion, or charity, is a common cherished cornerstone of all Faiths. 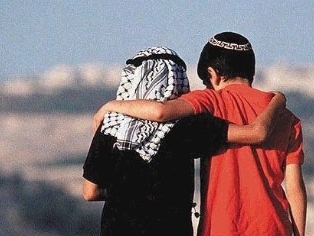 Today, I will be praying not only for the Souls whose bodies died on 9/11, both victims and terrorists, but for people of all Faiths who have died over the centuries because they were manipulated by evil men who played on their faith and their fears to gain dominion over others.  I will pray that one day, we will all wake to the realization that there is only One Earth and that we are only One Humanity; and that are differences are not something to be feared, but something to be learned from.

Then we really will have the foretold “Heaven on Earth”.