The Biblical Concepts of Hell 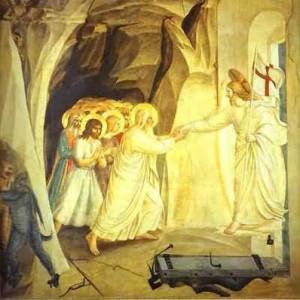 "His body was put to death, but he was brought to life through his spirit. And he preached to those souls, who were held in Sheol"
~ 1 Peter 3:18-19

The theme of a soul journeying to inferior planes is recurrent in many instances of ancient literature and we can easily pinpoint similar content in many religious and wisdom stories. From Greek mythology to the Judaism traditions, even passing through the Buddhist imagery, we find many texts that report the descending of an enlighten soul to the depths of the earth in order to rescue others or redeem itself.

The Descent of Jesus to the Underworld

In the particular case of Christianity, there are only a few sources that reference the passage reporting the passing of Jesus’ soul to “hell” for the accomplishment of the prophesy and the release of the Captives, those who are bound there. The Nicene Creed, from which the Apostles' Creed is derived, is the Symbol or Profession of Faith in Christianity which narrates the significant parts of the life of the Master Jesus and says in its verses:

“...Who was conceived by the Holy Spirit, born of the Virgin Mary; suffered under Pontius Pilate, was crucified, died and was buried. He descended into hell; the third day He rose again from the dead; He ascended into heaven, is seated at the right hand of God the Father Almighty; from thence He shall come to judge the living and the dead;...”

In the Book of Enoch, it is reported how many angels became prisoners after the fall. It is in this book that we can identify the root of the theological concept reported in 2 Peter 2:4 and Judas 1:6.

“For if God did not spare angels when they sinned, but sent them to hell, putting them in chains of darkness to be held for judgment;”

“And the angels who did not keep their positions of authority but abandoned their proper dwelling—these he has kept in darkness, bound with everlasting chains for judgment on the great Day.”

In the Testament of Matthew, it is said that at the exact moment of the passing of Master Jesus on the cross, the Veils of the most sacred sanctuary of the Temple[1] in Jerusalem were ripped asunder and that many tombs were opened and many saints[2] were also able to resurrect.