The Ethereal Relationship Between Thought-forms and Egregore

When we think of Egregore, the first idea that comes to mind is to be something linked to groups related to spirituality, but in reality, it is much more than that. Egregore is formed through the creation of powerful group Though-forms. The Occultist W. Butler because of his training and his occult work wrote about this in his 1959 book “The Magician”: "A clear idea of the nature of the magical Egregore, or group form (THOUGHT-FORM), must be built in the mind of the disciple to understand what part he plays in this complex scheme and by which he can know how closely he is guided and helped in the job chosen. "

“Allowing a negative sentence in your head to end itself forms the very nucleus of negative thought-forms!” ~ Stephen Richards

The term Egregore was put into vogue by the Theosophical Society, at the beginning of the 21st century, when they took possession of it when referring to the group of more evolved beings who are responsible for the evolution of humanity, as the Great White Fraternity. However, the term has even an ancient usage and can be found in even older initiatory orders and religious circles, here are some examples:

1.Templars, in the image of Baphomet,
2. Freemasonry with the "Union Chain";
3. Theosophy with the Mahatmas;
4.Golden Dawn with the Secret Masters;
5. Rosicrucian with the Heavenly Sanctum (Hierarchy);
6.Catholicism with Jesus and the Saints.

In the eighteenth and nineteenth centuries, the term Egregore received more attention from the scholastic of the time and therefore becoming something more technical, that is, receiving a more particular, magic-oriented approach.

"A thought-form is the result of two types of energy: That emanating in the first instance from the Ego (Soul) on abstract levels. That is originating in a secondary sense from the man on the physical plane through the medium of the brain." (A Treatise on Cosmic Fire, p. 958)

The Egregore can be classified into two basic types, the intentional and the casual. The intentional Egregore is a result of the interaction of different people involved in a "particular" purpose. And in this case, the Egregore works as a trained animal that will serve the purpose of who created it, always very obedient, protective and proactive. But always purposely built.

The casual Egregore is formed whenever people come together to do something, and unless something is done to maintain it, it will dissipate as quickly as the group undoes itself. However, if they wish to be retained, it will be necessary to know certain techniques of how to do it, the Egregore will continue to grow in strength and may last for centuries.

The intentional Egregore (collective Thought-forms) are related to the collective spiritual or esoteric activities such as prayer and healing groups, even secret societies, and schools of Mysteries. The core and essential characteristics of such groups are:

1. they have a clear and well-defined purpose;
2. that gather people around this purpose;
3. who elect a leadership to the group;
4. who choose a symbol to characterize that purpose;
5.Who consecrate this symbol by "ceremony" and in the presence of the group and its leader.
6. Who holds regular meetings to address the purpose;
7. Rotate their positions and positions regularly.

The egregore receives and maintains its action energy ( Holographic Mind Process) from the sum of thoughts and intentions from its members individually. Not to mention that being in a subtle dimension, an egregore can anticipate some events that could bring something against one of its members. It acts as an "artificial intelligence" or creature created by the collective minds.

It also interacts continuously with its members, influencing them and being influenced by them. This interaction is usually in a positive way stimulating and helping its members, basically by intuition, dreams, and other faculties that the member will possess, if they act according to the original purpose. Its action will stimulate all the faculties of the group that will allow the accomplishment of the objectives, individually and collectively, of its original program.

If this process is continued for a long time, the Egregore takes life on its own and can become so strong that even if all its members died, it would still exist for some time, and could be revived later.

Being that the revival of an Egregore depends on the ability to live as the original founders, particularly if they are willing to make the "initial contribution" of energy to make it start again.

Either way, the revival of an Egregore is a conscious and intentional act, the preparation of which passes through the seven steps procedure described above.

As we discussed, all these elements are essential for the constitution of an Egregore. But note that items three, six and seven are the most important in Maintenance of an Egregore. 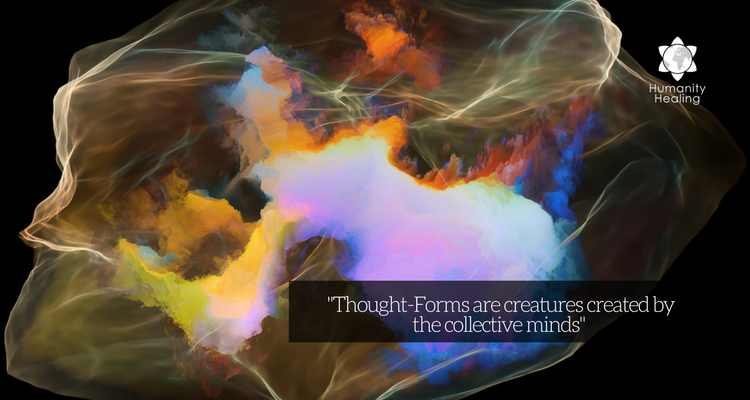