Sabians of Middle Eastern tradition were a monotheistic religious group who worshiped in the names of stellar angels.  They worshiped the spiritual beings in the universe, and because the celestial bodies were the most evident manifestations of some classes of these spiritual beings, this religion naturally became confused with the worship of the celestial bodies themselves as the dwellings or mansions of the regents above, in, and behind the visible orbs. This was one of the very archaic religions of the human race, found all over the globe in various forms.  In its origins, Sabianism was undoubtedly an outpouring of occult teaching from the archaic Mysteries.

“And the angel of the LORD called unto Abraham out of heaven.
~Genesis 22:15

“…in thy seed shall all the nations of the earth be blessed; because thou hast obeyed my voice.”
~Genesis 22:18

“And I will make thy seed multiply as the stars of heaven, and will give unto thy seed all these countries; and in thy seed shall all the nations of the earth be blessed;..."
~Genesis 26:4

Most of what is known of them come from the writings of Maimonides and classical Arabic sources, notably Ibn Wahshiyya's The Nabatean Agriculture.

Sabianism was unquestionably the main religious belief of the ancient Chaldeans and Assyrians, but likewise the very foundation stone of practically all the great religions of all the great peoples of the past. Upon the authority of the Jewish scholar Maimonides, scholars have considered the Sabians as an ancient race whose principal religion was that of star-worship and closely affiliated with the Babylonians and Syrians. 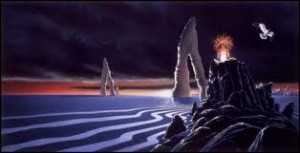 But the Sabians were not a race, but those who followed and practiced the divine astrological “astrolatry” of the hoariest antiquity. Mohammed in the Koran mentions a sect between the Jews and Christians called Sabi una, to whom certain privileges were granted.  Older Muslim theologians agreed that the Sabians possessed manuscripts which they regarded in the light of a revelation.  The Mandeans (see below) came under the same protection granted to the Sabians; hence the Mandeans also came to be regarded as Sabians. Another sect of polytheists, the Harranians (approximately 830 AD), also affiliated with the Sabians and shielded themselves under the same privileges.  They were a remnant of a Mesopotamian cult and star-worship had a prominent place in their system.

The Sabians were called astrolaters or star-worshipers; but it was not the physical bodies of the celestial orbs which were worshiped, but the spiritual entities, powers, or spirits which ensouled these orbs.

The Fihrist of Al-Nadim, an Arabic writer c. 987, mentions the Mogtasilah, a "sect" of "Sabians" in southern Mesopotamia who counted El-Hasaih as their founder and the vast majority of academics agree that they are probably the enigmatic "Sobiai" to whom Elchasai preached in Parthia (the Book of Elchasai is one of the Catholic Apocrypha). They appear to have gravitated around the original pro-Jewish Hanputa of Elchasai out of which the miso-Judaic prophet Mani seceded and are identified as the pro-Torah Sampsaeans, but also less accurately with the anti-Torah Mandaeans. They were said to believe that they "belonged" to the prophet Noah.

It is supposed that they influenced the practices of the Hellenic Theosebeis. While their angelology,  was based around the movements of the Sun, Moon, Mars, Mercury, Jupiter, Venus and Saturn. They found its greatest development in the community which was based in the Harran region of south-eastern Anatolia and northern Syria, who were distinguished as the Sabians of Harran from the south Mesopotamian Sabi'una Hunafa by later Islamic writers like Ibn al-Qayyim.

The word Sabian itself has come down to us mainly through Greek (the Greek word Ephesus means “pale”) and Latin authors. But so thoroughly imbued were the ancient Hebrews with this idea of the celestial hosts or cosmic spirits that the Bible is full of references where the context even wrongly endows the heavenly hosts with the properties of the Most High God, but even Christianity itself is filled with the thought of the ancient Sabians.

Certain Arabian writers termed the Sabian language the science of astronomy, but what we now call astronomy was but a minor portion of ancient astrolatry.  They also state that Seth or Set was the founder of Sabeanism and that the pyramids were regarded as the place of sepulture of Seth or Agathodaimon. We see here confusion, reductions of general principles to details, and anthropomorphizations of cosmic principles. Hermes is in many senses the same as Seth, and the pyramids were consecrated to the Regents of the stars, rather than to the orbs (SD 2:362). 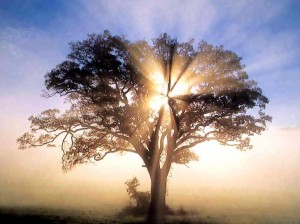 The Sabians practiced initiation through submersion in water, intended to harken to the inundation of the world during the deluge of the time of Noah which cleansed man's sinful nature from the face of the earth. There has been much speculation as to the origins of the religious endonym from this practice. Some have argued that the term Sabi'un derives from the Syriac root S-b-', referring to conversion through submersion; the Syriac (and Hebrew) nouns derived from this root refer to proselytes, both "Judaizers," non-converts who followed certain basic rules of Judaism, and early Christian converts of non-Jewish origin and practice. These latter were called Theosebeians - "God-Fearers," Sebomenoi - "Believers", or Phobeomenoi - "pious ones" in Greek sources.

The Sabian book is called Kanza Rama, which is said to transmit the sayings of the ancient Prophets of Seth, Abraham and others lost to time. There is a surviving group in Iraq which call themselves “Mandaean-Sabeans” and they have adopted the teachings regarding baptism from John the Baptist, the forerunner of the Christian religion, in which they see baptism in playing a major role in purifying the soul.

It is interesting that the Bible does not identify John the Baptist as being Jewish but says that he followed what we identify with many ancient Sabian practices in his living close to nature in the wild. Some also feel that he should be identified with the Essenes sect and the first chapter of the Gospel of St. Luke has the lengthy account of John's birth to the Priest Zacharias and Elisabeth, a cousin of the Virgin Mary. It is difficult to tell how much of the original teachings of Sabians remain because the religion is ancient and has now interacted with so many other religions.

This etymology suggests that the Mandaeans may well be the only sect surviving from antiquity to identify themselves explicitly as Gnostics. Certainly, the Mandaean religion shares much with the ensemble of sects labeled as Gnostic, which date to the 1st century AD and the following centuries.  There are, however, crucial differences, particularly in the realm of the behavioral ethics of the laity.