To begin with, we would like to add our prayers to the victims and families of the senseless act of violence which occurred in Tucson, Arizona this past January 8, 2011.

Since the tragic assassination attempt of Congresswoman Giffords and the killing and wounding of many, there has been much laying of blame and finger-pointing among the various politicians and pundits.  While healthy political debate is a good thing and is the foundation for democracy, demagoguery is not.  The attempt to score political points on the misfortune of others is reprehensible, no matter who does it.  Period. 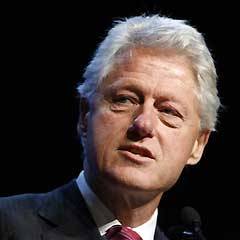 What prompted this blog was the following statement from former President Bill Clinton, as part of his Message on Martin Luther King Day:

"...we'd all do well to heed his [Martin Luther King's] message.  While no one intends their words or actions to incite the violence we saw in Tucson - and it's wrong for anyone to suggest otherwise - we live in a world where what we say and how we say it can be read, heard, or seen by those who understand exactly what we mean and by those whose inner demons take them to a very different place.  That's not an argument against free speech, but a reminder that, as with all freedoms, its use carries with it a responsibility.  Therefore, we should follow the example Dr. King set and exercise our freedom of speech in ways that both clarify our honest differences and nurture the best of us rather than bring out the worst."

Thank you, President Clinton.  That sums up our view at Humanity Healing far more elegantly than we could have done ourselves.

There are two of the 12 Keys of Spiritual Activism that most apply here:

6. Pursue Integrity, Honesty and Dignity in the conduct of your Actions
Embrace Mindfulness in the application of your activities and be aware of how your actions may be perceived by others. Machiavelli’s “The ends justify the means” has no place in Spiritual Activism. If our methods are not noble, our results will not be either. Practice Spiritual Transparency, allowing negative energies to bypass your system without harming it.

“Integrity is doing the right thing even if no one is watching.”
~ Unknown

7. Do not defame your detractors or those who doubt you
A confrontational approach leads to a defensive reaction. Approach others with Openness and Compassion in your heart. Build on the commonalities between you instead of focusing on the differences. As much as possible, detach yourself from the results of your actions. Aspire to always be a Peacemaker.

“An eye for an eye makes the whole world blind.”
~ Mahatma Gandhi

Humanity Healing is a nonpolitical organization, but it is our sincere Hope that out of the Compassion that is engendered for the victims, the bitter vitriolic rhetoric that is hamstringing the political process will dissipate and some future good may result from this senseless tragedy.

The Gift of Forgiveness