Horoscopes can be understood as the representation and translation of the energies of each of the Zodiac constellations and their fixed stars.

The first records that refer to the existence of horoscopes appeared in the 7th century BCE when several of the ancient civilizations were candidly devoted to observing the movement of the stars in heaven. These ancient people believed that the stars could influence human life: especially the fate of the newborn. The most common version of the horoscopes we know today, however, is a mixture of influences from the ancient astrology of the Babylonians, the Egyptians and the mathematical knowledge of Greek philosophy, and emerged around the 5th century BCE, with the creation of the Zodiac. 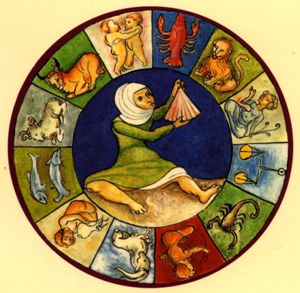 In its Greek origin, the word Zodiac means "circle of animals" and indicated the great celestial belt that marked the path of the Sun at that time. Within this trajectory, each constellation symbolized a passing sign. The number of constellations, the figures formed by the connections of the stars, varied in shape and significance by each civilization, their myths, and imagery.

The primary twelve groupings of stars that represent the signs of today were standardized in antiquity, from the influence of images of the mythology of the Babylonians, Egyptians, Greeks and Romans. By setting a fixed reference for observing the stars, the zodiac horoscopes drove the emergence of the individual birth chart: an analysis of the sky at birth which supposedly brings revelations about the person and his destiny.

Even in the early Christian era, ancient civilizations defined the profile of each sign-(Sign Horoscopes), taking into account, for example, the peculiarities of the seasons. Other influences, such as simple observation of the temperament of people born in the same period, also changed the characteristics that each sign has today.

With the change of the solar path over the centuries, the direct correspondence between astrology and astronomy is no longer as accurate as it was in the past. The Sun now passes through constellations that are not part of the zodiac, as well as in periods different from those observed in ancient times. But at least in some respects, the horoscope has adapted to changes over time. "This is the case of some relatively recent innovation in the historical range, as the discovery of the planets Uranus, Neptune, and Pluto, which brought new elements to the astrological sky," says historian David Pingree of Brown University in the United States.

The Sun-Signs and the modern Horoscopes nowadays are the result of mixed legends from the Babylonian, Egyptian, Greek and Roman cultures.

In Greek mythology, Phrixus, son of King Athamas, would have been murdered by his stepmother when he was rescued by a flying ram with a Golden Fleece, sent by his birth mother. From the Roman tradition, the ram was sacrificed, and the fleece was buried in the orchard of Aries, god of war, which gave a name to the sign. In Greek tradition, the Golden Fleece was not buried but figured in the legend of Jason and the Argonauts 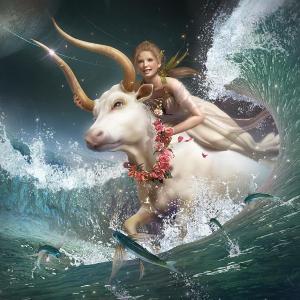 4000 years ago, Taurus was the first sign of the zodiac. It coincided with the spring and marked the beginning of the year. The image of the bull comes from a Greek myth in which Zeus, the chief of the gods, had taken the form of a bull to kidnap and woo the princess Europa. We see the presence of the symbolic Taurus in the Bull in the Old Testament, which outraged Moses. Also, we see the Bull in India as Nandi, the company of Lord Shiva.

The brothers Castor and Pollux, sons of Zeus, fell in love with two girls who were engaged and challenged their rivals. Castor was killed in the ensuing battle, and Pollux, in mourning, asked Zeus to kill him too. In memory of the friendship of the children, Zeus placed the image of twins in the sky, in the constellation of Gemini.

In Latin, Cancer means crab, an animal that appears in one of the twelve archetypical Labors of Hercules. Sent forth by Hera, the official wife of Zeus, the crab was killed by the hero, but the courage of the animal earned him an image in the heavens for all eternity.

The Lion was a symbolical representation of power and royalty in the ancient world. In this sign, we meet again another mythological creature killed by Hercules on his journeys. The hero not only strangled the Nemean Lion with his own hands, but he also made a cloak of the skin. The conquering of the internal beast of power, or the Ego, is the first task addressed to the demigod Hercules. In honor of the feat, Zeus placed the image of the lion in the night sky.

The Virgin, the purity of Nature’s conceptions, represents the fertility, creativity and the power of creation in itself. For the Romans, the Goddess of Justice represented the constellation Virgo. She was sickened because of the habits of men of war and was the last to ascend to heaven to reside in the abode of the gods. Minerva, goddess of wisdom, put a picture in the sky in her honor. Another ancient myth talks about the deity Demeter. Though Demeter is often described simply as the goddess of the harvest, she also presided over the sanctity of marriage, the sacred law, and the cycle of life and death. She and her daughter Persephone were the central figures of the Eleusinian mysteries.

The element of measuring of one's actions, thoughts, intentions, and accomplishments was a constant concern in ancient times, as noted in societies such as the Egyptians who dedicated their time to program their spiritual development in the afterlife. We see the scale appearing where the Goddess Maat measures the heart of the dead against her feather.  Identified by the Romans, Libra symbolizes the scale used by the Virgin to weigh the souls of men to send them to either the underworld or the sky, eternal pleasure or pain.

This constellation appears in the episode of the death of the giant Orion. In one of the multiple myths, it is said that Apollo, the Greek god, was jealous of the friendship of Orion with his sister Artemis and sent a giant scorpion to bite and kill the monster. Zeus put both the scorpion and Orion in the sky as a reminder of their story.

In Greek mythology, Chiron was the wisest of the centaurs, a creature half man, and half horse. He was mortally wounded when accidentally struck by an arrow of Hercules, but as a demigod was not able to escape the pain by finding relief in death. He offered himself as a replacement for Prometheus, and it was granted by the powerful god Zeus.  Later Zeus honored him with a place in the heavens.

Anam Cara, The Friend of the Soul 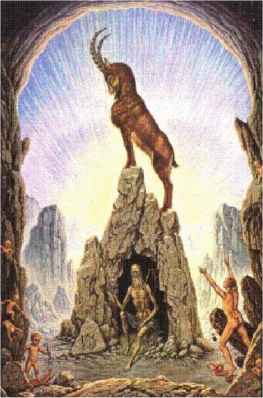 In Greek legend, the goat that symbolizes this sign has a fish’s tail. It is a representation of Pan, god of nature who, to escape the Titan Typhon, threw himself into the water. Pan died because, as he turned into fish, half his body was still out of the water. The Goat is also a symbol of Almathea, the Foster Mother of Zeus. Amalthea is sometimes represented as the goat that suckled the infant god in a cave in Crete’s Mount Aigaion, "Goat Mountain".  Sometimes she appears in other minor mythologies as a goat-tending nymph.

Water is one of the signs of the Babylonians, along with Capricorn and Pisces. In the Middle East, Aquarius would be the corresponding month of the rainy season, which led to the symbol of the sign: a man turning a jar of water. Esoterically, the Aquarius sign represents the waters of the deluge and the mystical transition of Humanity to a new phase in life. In Greece, it is a representation of the young Ganymede.  In the best-known myth, Ganymede is abducted by Zeus, in the form of an eagle, to serve as cup-bearer on Olympus. Some interpretations of the myth treat it as an allegory for the human soul aspiring to immortality. 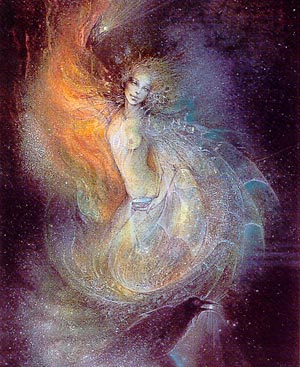 In the Greek legend, Aphrodite, goddess of love, and her son Eros turned into fish to escape the Titan Typhon, who could not stand the water. Athena, Greek goddess of wisdom, created the constellation to commemorate the escape. The twin fishes are also a representation of the power of the Goddess Thetis, also a regent of the watery underworld.  Thetis is encountered in Greek mythology mostly as a sea nymph or known as the goddess of water.  She is one of the fifty Nereids, the daughters of the Ancient One of the Seas with shape-shifting abilities, who survives in the historical vestiges of most later Greek myths as Proteus, whose name suggests the "first," the "primordial" or the "firstborn."

When described as a Nereid in classical myths, Thetis was the daughter of Nereus and Doris[1].