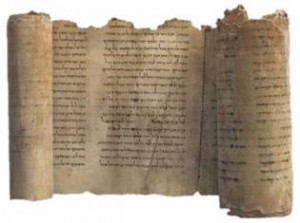 The Essene healing came from the Essene people, they were the “therapists” that lived in the Nazareth region, especially around the Quran area, were known as the Essaioi, from the Aramaic Ysssyn meaning therapists or doctors.  The corresponding Greek word is Therapeutae,  and we know them as the Essenes.

The Essenes brought to their region all the initiatic teachings from the ancient Pythagoras School, in addition to the sacred practices of various schools of Wisdom of the ancient world.   In early times, they were known as the primary school of prophets.

The goal of the Essene teachings was to find the perfect harmony between the seven subtle vehicles of the body balancing the four inferior bodies through the elimination of impurities, producing an overall improvement in health and welfare of the denser body, which is our physical body. To achieve this harmony, it was necessary that the Essenes practiced various daily rituals of purification, observing the holy books and performing prayers, communal meals, and other spiritual habits.

The Essenes brought all the initiatory teachings of the Pythagorean School combined with Buddhist teachings. In the period in which Yeshua preached, it is estimated that there were about 4000 Essenes spread through Palestine with their families and followers.

The fact that is most impressive about the culture of the Essenes was that they had an enormous ability to align the energy bodies through astral travel or voluntary Projections of Consciousness.

The “Essene projectors” were skilled individuals who performed the alignment of their subtle bodies’ extra physical dimensions in a conscious and lucid way.

Another element found as a recurrent theme inside of some of the Essene documents is a presence of many stories of angels, referred to as “the helpers.” These angels were seen as mentors who would assist in driving the energies from the denser bodies of the monks through the Divine Will[1],  to the extra-physical consciousness’s, or other beings or spirits in need of such energies; thus performing a process of energetic transformation and healing.

Through this type of extra-physical assistance, they could promote the process of balancing all its subtle bodies, the aura, and the physical body.  This conceived the Essenes excellent health. This energy task, the one of purification and transformation, was performed twice a day, which in its turn, allowed them to reach a high level of expansion of consciousness, realizing healing rituals and performing various miracles.

The great specialties of the Essenes, no doubt, were their wonderful teachings of auras and alternatively natural health treatments. The Essene’ healing teachings were based on auras, which were considered as encompassing all the subtle bodies, colors, and vibrations; and distinguished themselves through seven different levels or layers, known as the chakras. This analogy is fascinating if we look at some other esoteric data about the number seven; such as the seven levels of consciousness, the seven colors, seven musical notes, the seven spiritual laws, the seven virtues, and seven capital sins.

The Essenes preached detachment from material goods.  They led a vegetarian life and focused on the spiritual side of existence. They lived in large communities with a communal structure, with peasants, scholars, philosophers and mathematicians. The teachers were called "Master Carpenters."

It does not surprise to know that the foster father of Jesus was a master carpenter by trade as well.

[1] the monks themselves donated energy