The Zodiacal Hierarchy of Capricorn 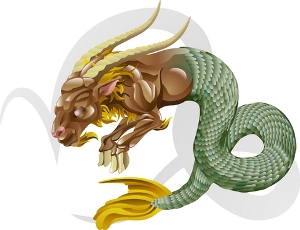 Dedication for January 4th, and for the solar month of January, December 22nd-January 20th, is to the Hierarchy of Capricorn. These are the archangelic Beings of whom Christ is the head.  From them comes the wondrous power whereby humans can be lifted into His likeness. It is also the sign of world Avatars.

The cosmic pattern held by the Hierarchy of Capricorn envisions the magnificent scope of life when the Christ-consciousness manifests in all mankind. It is then that our planet will respond to its own musical keynote, first sounded by Angels and Archangels on that long ago Holy Night when they sang “On earth peace, good will toward men”.

The Disciple correlating with Capricorn is Simon, brother of James and Jude. Although Simon was close to Jesus by family ties, he was most reluctant about accepting the divinity of the Master. But when he was finally awakened by the Christ, his dedication was complete. His one desire was to serve the Lord, and neither life nor death had any meaning for him apart from this ideal.

The dual body center correlating with the sign Capricorn is located in the knees. In Christic man, these points will become glorious whirling vortices of light.

The biblical seed thought for meditation on January 4th, and during the solar month of January, is:

Aspirants should meditate upon the above passage until its inner purport falls into harmony with the vibratory rhythms to which the Hierarchy of Capricorn is attuning the earth.

To participate with the Self-Intunement, visit: Affirmations of the Signs – Capricorn in the Humanity Healing Community.

This information above is taken from the work of Corinne Heline, New Age Bible Interpretation, Vol. VII Mystery of the Christos: The Twelve Holy Days. ISBN 0-933963-07-6