But harmlessness has also to be practiced in our normal daily interaction with others.  In these occasions, we do not tend to keep mindful of our opinions, judgments or thoughts and its repercussions on other’s lives. If we create an impact as a result of our actions in someone’s life that is adverse, the negative effect will also weight on us.  Even if the action or thought were motivated by good intentions, but the end result end up being undesirable, we still altered a path and somewhat overruled the weaving of the circumstances: hence the old adage, “The way to hell is paved with good intentions”.

A spiritual activist, or world server, should keep in mind one’s own responsibilities and limitations with the same vivacity they should also consider other’s sovereignty. In no circumstances should one forget the limitation on acting upon other’s problems and challenges. By no means judge this article as an apologetic essay on Non-action, but just the opposite, we promote action with consciousness, with awareness. To exemplify this, remember how one of the precepts of the Healing Code of Ethics: the energetic healer is allowed to take the pain, but never overrule or take away the lesson which is manifested through the painful situation.

A true spiritual activist differs greatly from an individual that professes to be a simply a humanitarian per se. The difference mainly resides not in the actions that both may come to perform, but in the underlining intent that engenders the call for action. Both may assist the emergency needs of others, but only the Spiritual Activist will act with the purpose to empower the helped being to take charge on his situation and create change in his life; therefore keeping him aligned with the purpose of his soul and not affecting his karmic contracts. Spiritually, the intention is to bring a hand up, not a hand out. Ideally, spiritual activists can be seen as facilitator of life transforming experiences. To illustrate this thought, we share the Sufi tale of the Seventeen Camels. 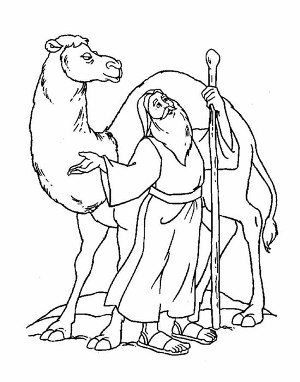 Once upon a time that was a compassionate and wise merchant that owned seventeen camels. Despite of his good relations to many prominent members of his town, the camels were all his had as his prized possession. When he died he left behind three sons.